Saturn 11' Ultra-Light Inflatable SUP SOT330L have set of 2 D-rings on both sides of the board for the attachment of optional kayak seat or low profile beach chair, to use this paddle board as a sit-on-top kayak. Mount low profile beach chair with four adjustable straps, and cruise in a total comfort! The SOT330L SUP board has 1 large removable fin. 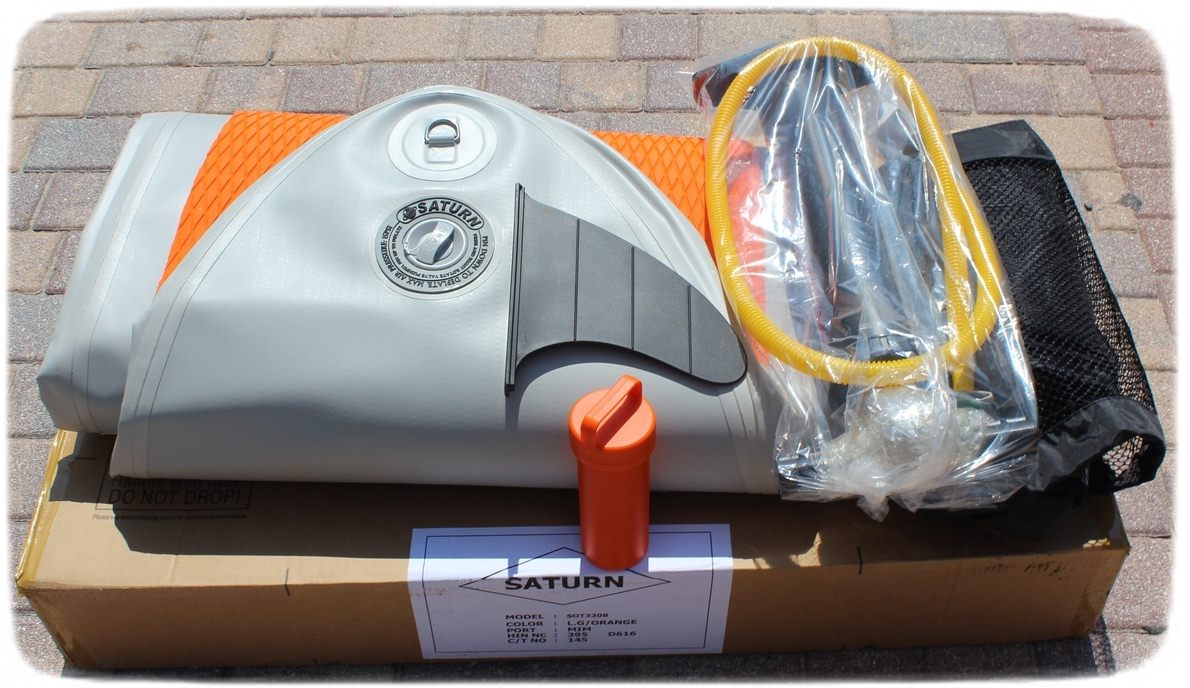 The Saturn Ultra-Light Inflatable Paddle Board is easy to paddle and allows paddlers of all levels, including beginners, to enjoy a stable, comfortable ride while getting nice workout. Stand-Up Paddle Boarding with a Saturn SUP can be done in the ocean, harbors, rivers and lakes. What makes this board great, is that it is so lightweight that anyone can carry it with an ease! Take it on a plane, car, anywhere!