Here is a rather wordy description of what I did to the Saturn SD470 inflatable boat, followed by several pictures.

Seems like this is still a work-in-process. But here is where it stands. Everything works well.

The goal was to not attach anything to the inflatable boat. I created a frame of 1"x1" square aluminum tubing that just sits on the floor. The seats are attached to the frame. They do move a bit from wave action but that does not seem to hurt anything. I did add a couple of thin wood shields against the tubes to keep the forward seats from abrading the tubes. I needed to put the forward seats far apart as possible to allow passage between them; I managed 7". The battery is under the aft passenger seat for better balance.

It took lots of trial-and-error to create a helm with nothing attached to the inflatable boat. I hinged the helm to fold it down when covering the inflatable boat for long-distance travel. The 2014 20hp Honda engine has electric start and tilt - a luxury after years of pull start and tilt on previous inflatable boats! I go about 25mph alone, less but still planing with passengers. I also added a cigarette lighter outlet and USB plug to charge my iPhone and digital camera.

I had to locate it to clear the engine when booted and folded down.

The storage locker is about 18"x18"x48" - a perfect fit. I got it at a place that sells all sorts of containers. I added hinges to the cover, making a big weather-tight storage. The cover can be held open by raising the booted bimini top a bit and resting it on the edge of the open cover. I store the inflatable boat cover, pump, short ladder, running lights, and such. The cover also makes a good table for my lunch.

This is a covered plastic box you can get at most any store. I put motor oil, lower unit oil, trailer wheel grease gun, tools, and anything needed to service the engine and trailer, with easy access from the ground at the stern.

A 6 gallon tank came with the engine. I added an emergency 2 gallon can, which I have never had to use. I can boat for 5-6 hours on 6 gallons.

The 20hp engines pushes my SD470 inflatable boat to about 25mph with one aboard. With four aboard it struggles to get up on a plane but does. I fashioned a hydrofoil for the engine which helps a bit, especially on cavitation. I was unable to find a hydrofoil for a 20hp Honda. I wish the transom was a bit lower though. A short-shaft engine rides just a bit too high.

I modified a Northern Tool 5x7 trailer with 12" wheels. I added a 4' swing tongue with a Fulton fold-away coupler, which allows inflatable boat to be housed in a standard (21') garage with room for a compact workshop behind the stern. The trailer bunks are made of cedar deck boards, as is the bow support. I replaced the original running lights with LED lights.

I tie a long line from the bow ring to the trailer post (coiled up in the bow), then back up and let the inflatable boat slide into the water. Then I pull forward until the post (with bow line attached) is clear of the water.

(single-handed and not get wet)

I have experimented with a dozen methods. Here is one that works. (Sounds complicated but works.) 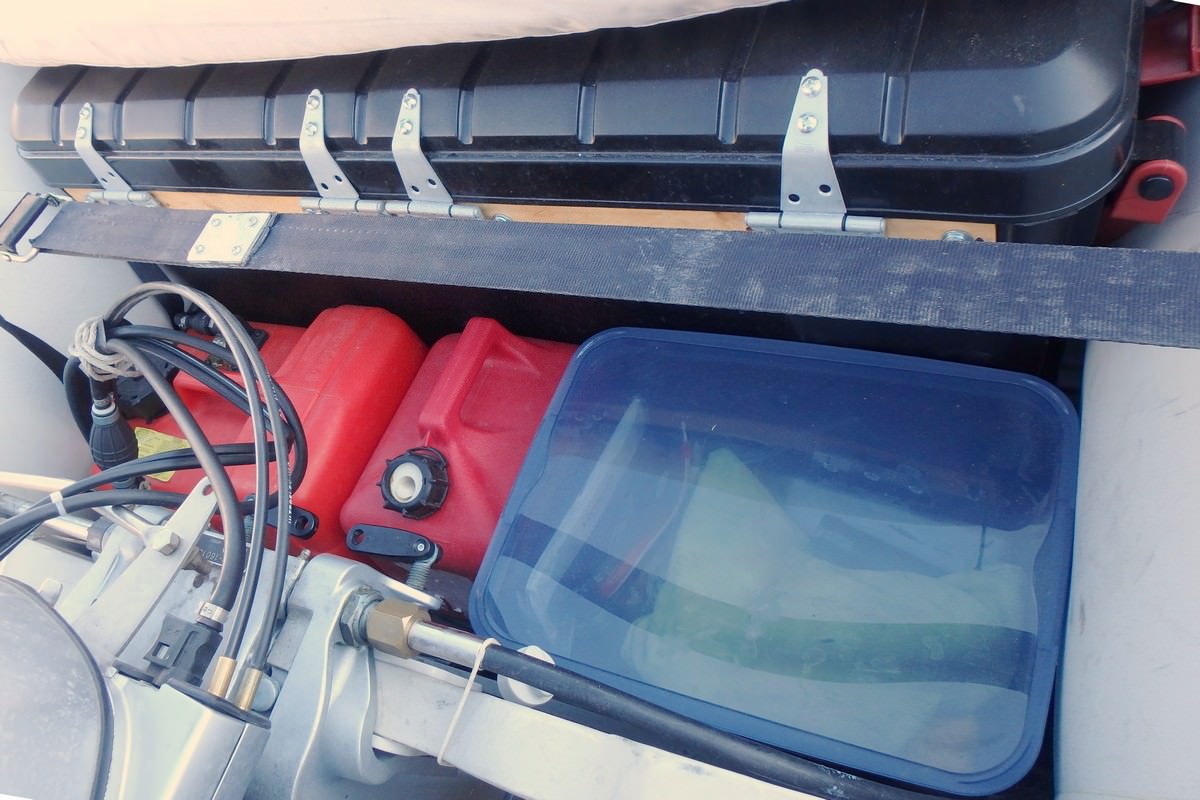 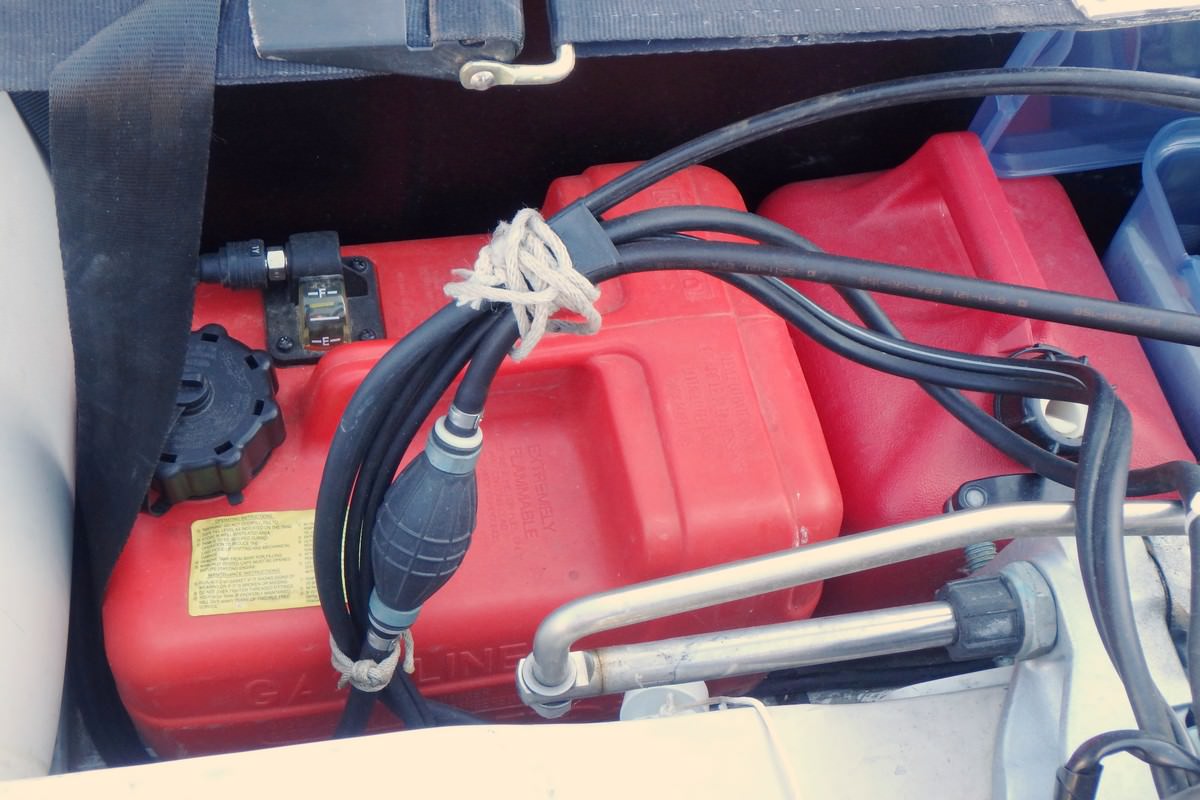 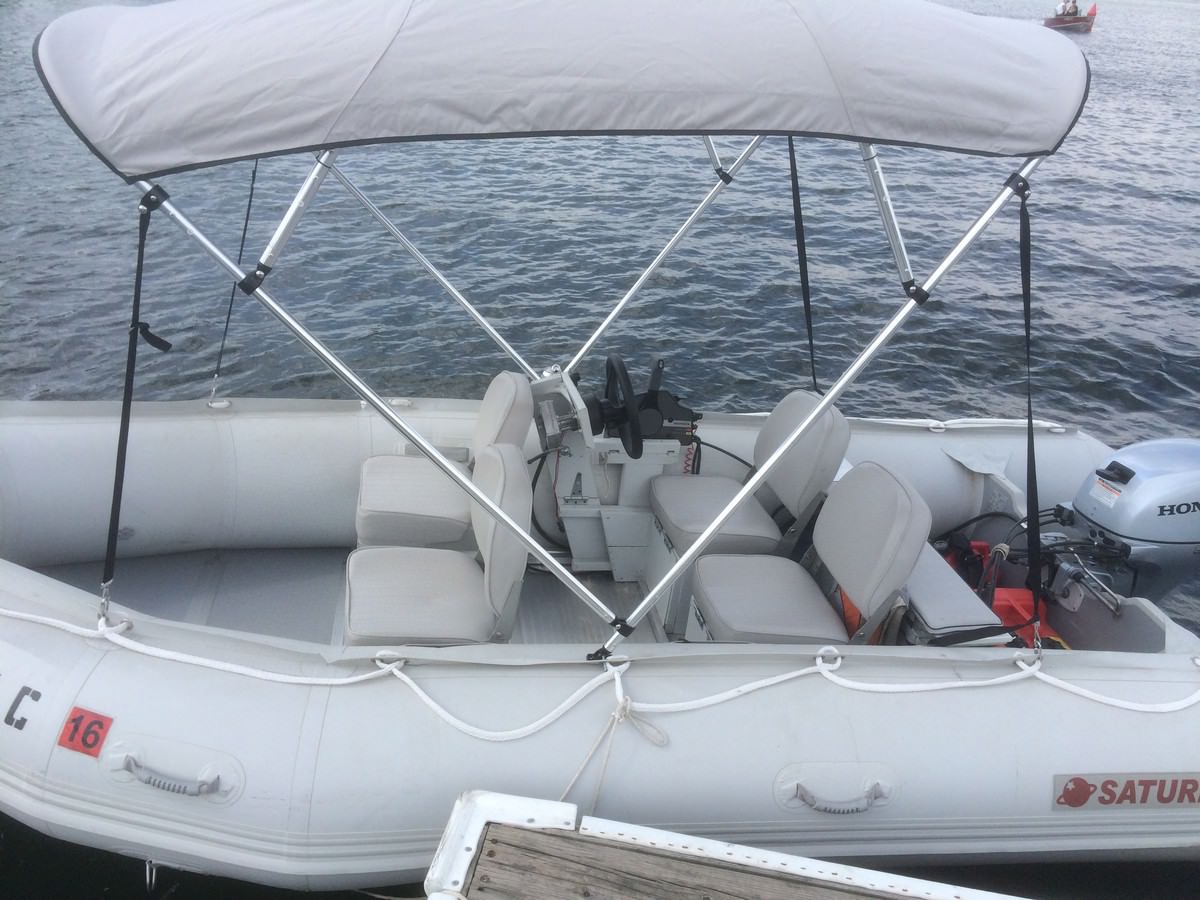 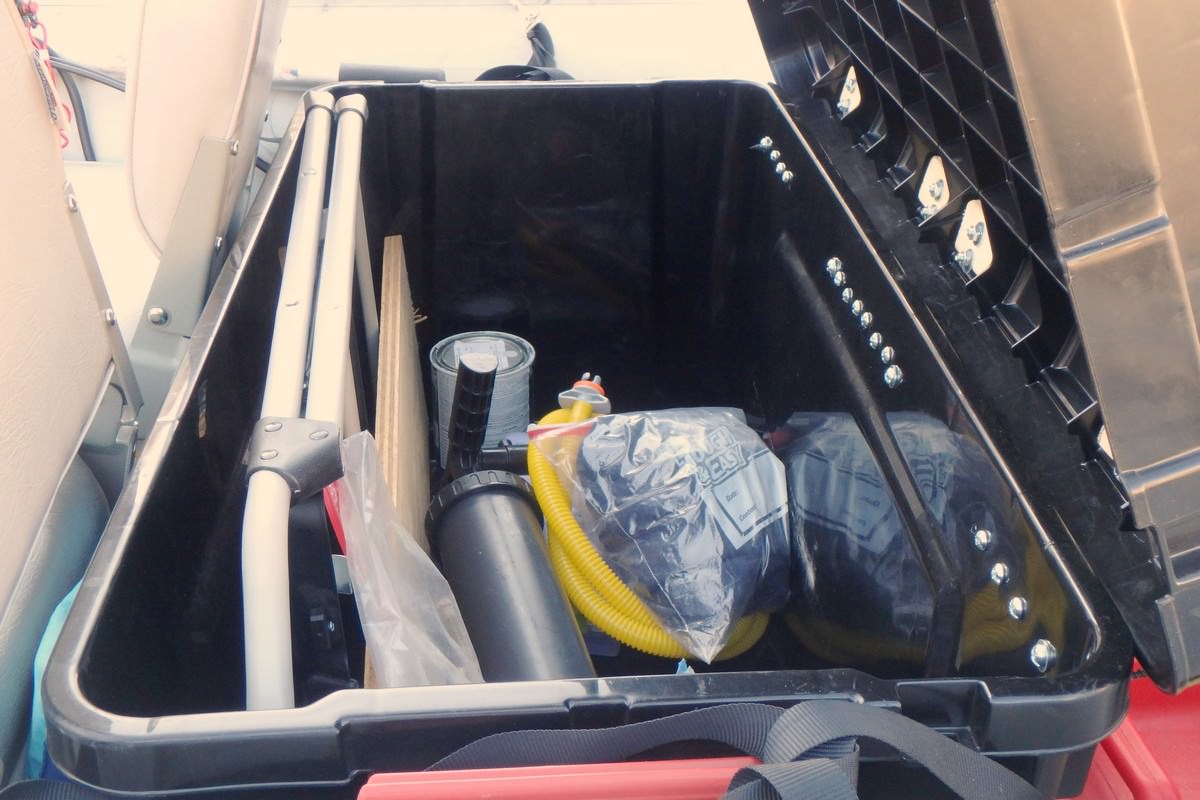 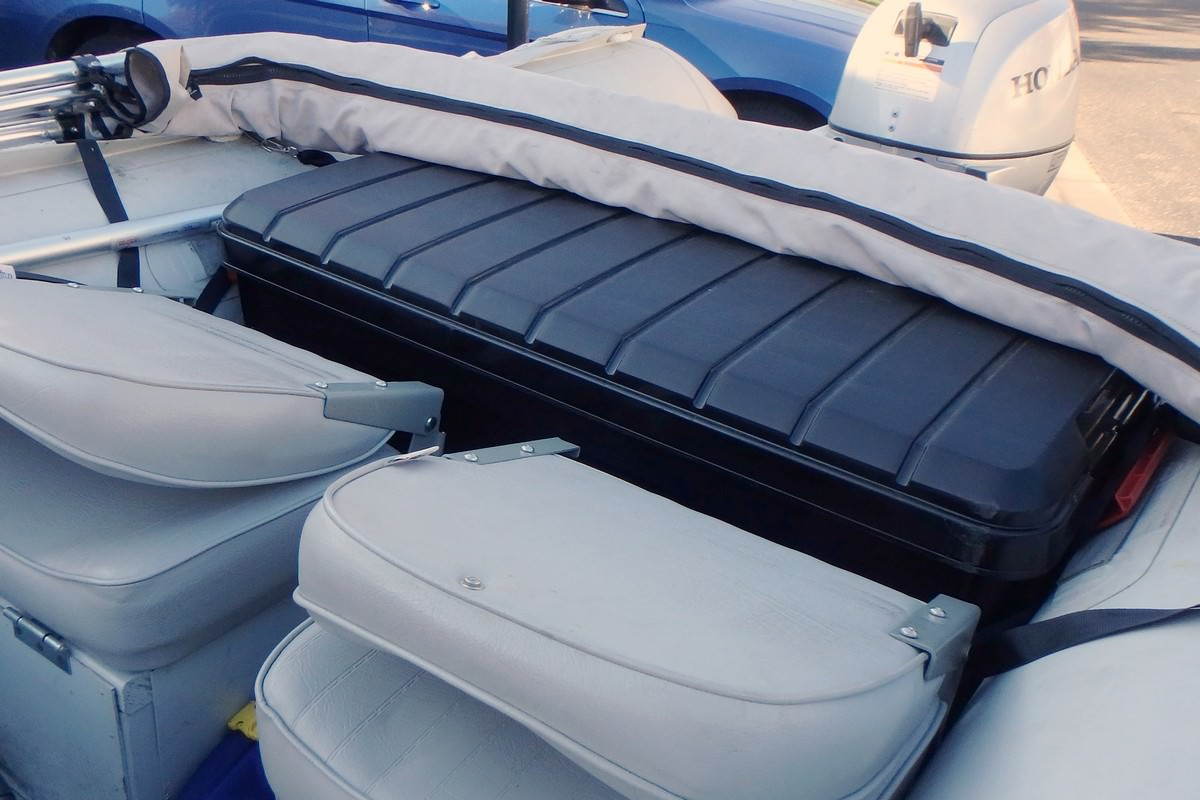 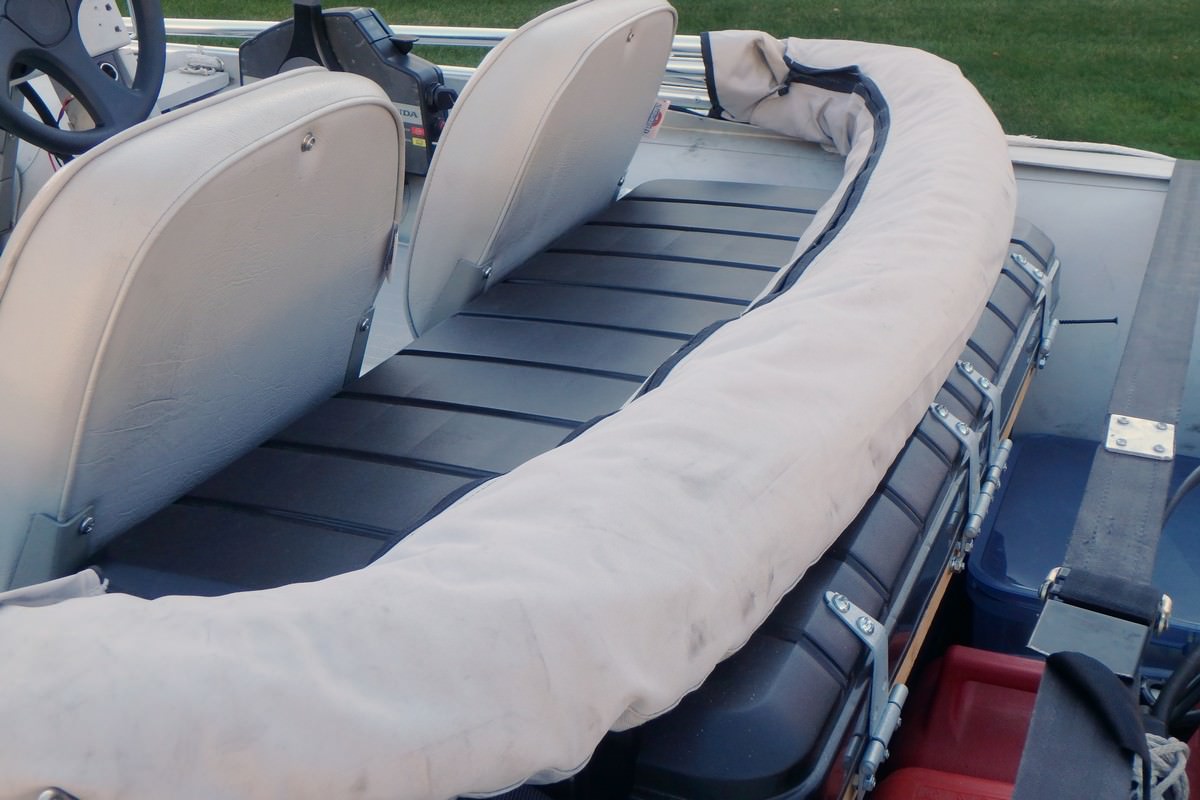 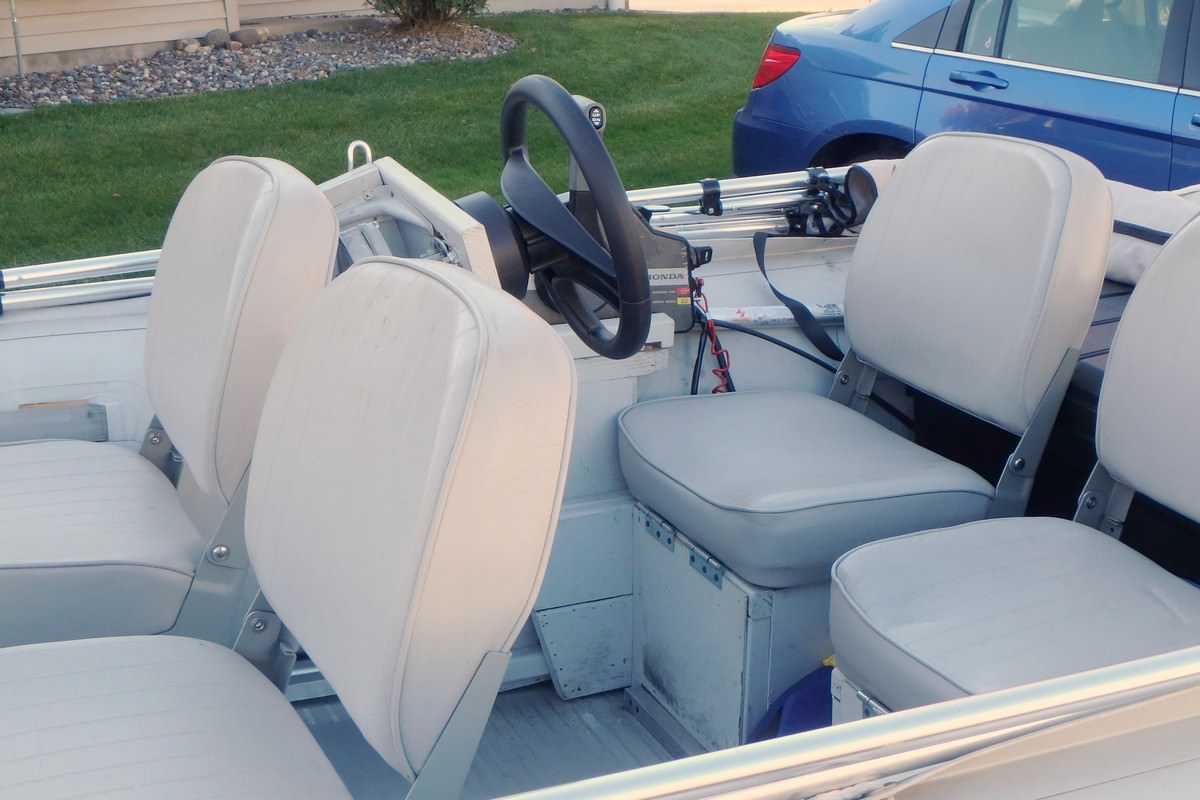 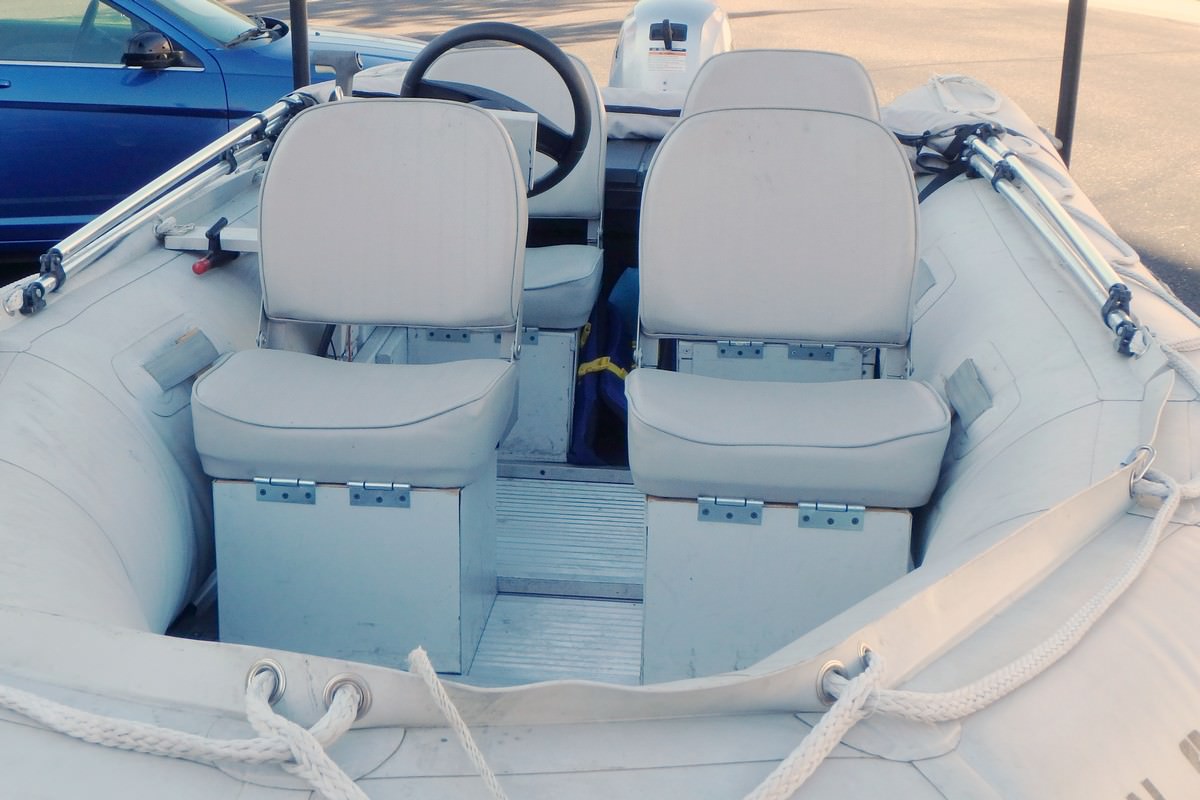 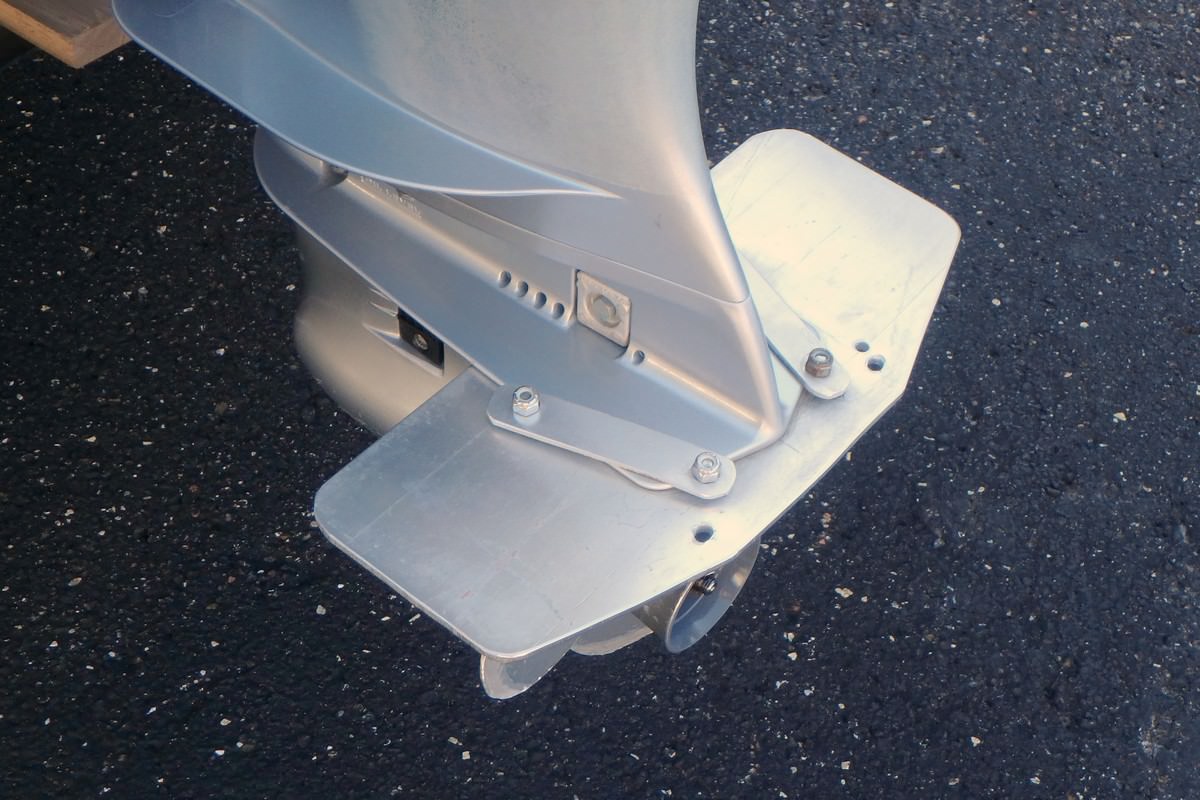 "Just a note to say what a pleasure it's been working with you in purchasing my new boat and accessories. Your customer service is outstanding: prompt, courteous, friendly, helpful, knowledgeable. Your web site is first rate. Thanks especially for..."
02/04/2009
Jerry, CA
"I work on all inflatables, and when I ordered a sd330 I was think I would going to get junk and my boss told me for the money I would get junk! but when I opened my boat Im very convient this is going to be and last a long time. to bad for my boss..."
04/13/2012
bearlarry319fa@yahoo.com
"Researched dinghys for weeks....no doubt this is the best deal in USA. Premium quality & packaging. Much better than I expected, and I expected a lot. Equal quality to the $2,000+ boats. If youre in the market for an inflatable...you just found..."
06/30/2010
Don, Stockbridge, Georgia