Mars Inflatable Boats Will Exceed Your Expectations! Manufactured by Saturn from same materials and same quality, but at lower price.


Mars range delivers the hull strength of a conventional boat with the exceptional stability of an inflatable in one extremely light package. The raised bow and large diameter tubes provide a dry and comfortable ride – the best among inflatable tenders. The Mars line will impress even the most discriminating boater.

Mars boats represent the finest tenders, with no compromises. Featuring heavy-duty transom, they will provide unmatched service for your boat or yacht.

Mars boasts low weight offers convenience, speedy assembly and simplicity of operation. The Mars series of inflatable boats speak of the taste and sound judgment of their owners. Mars boats feature a full V-shape hull that runs the entire length of the boat, providing exceptional tracking and stability. 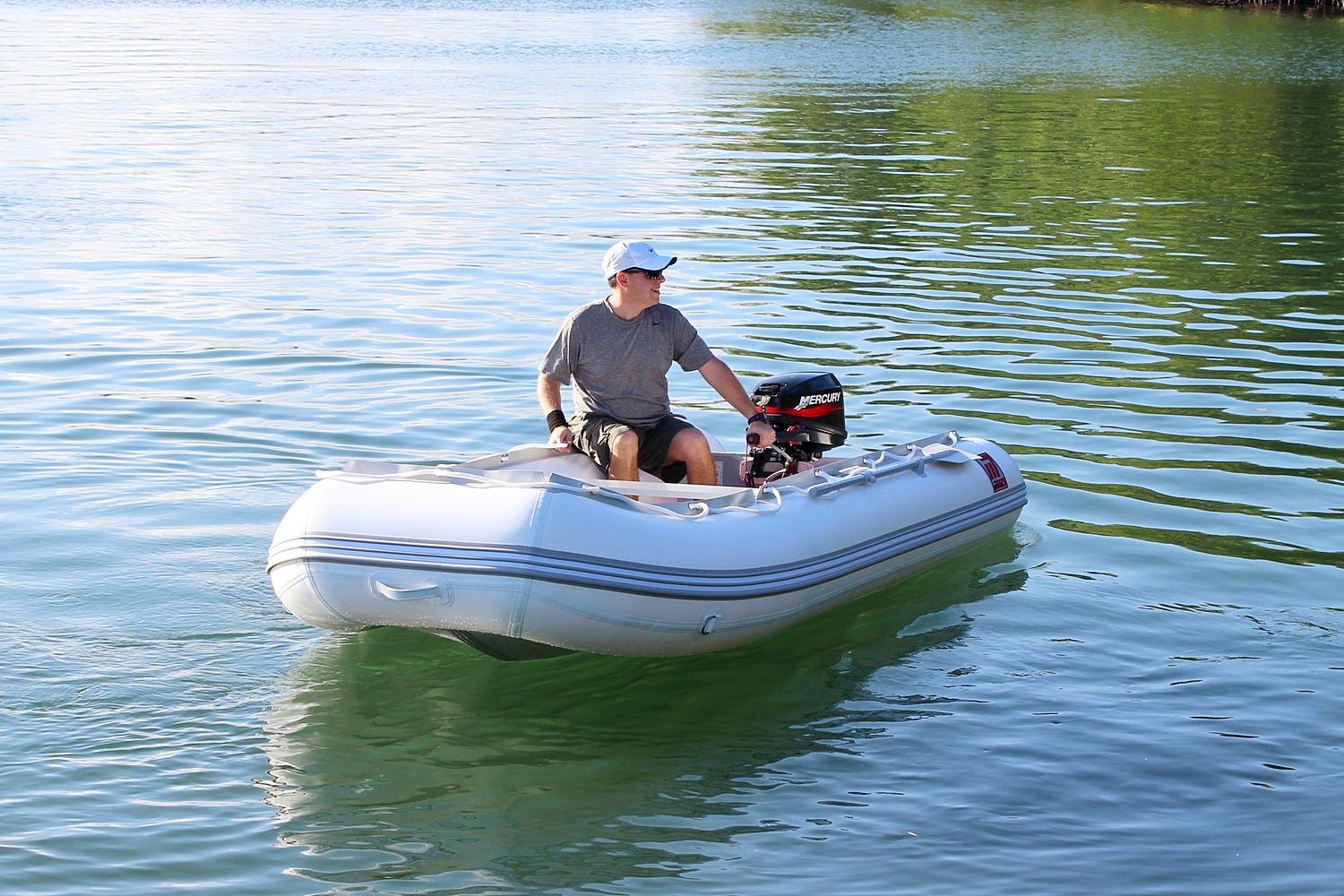 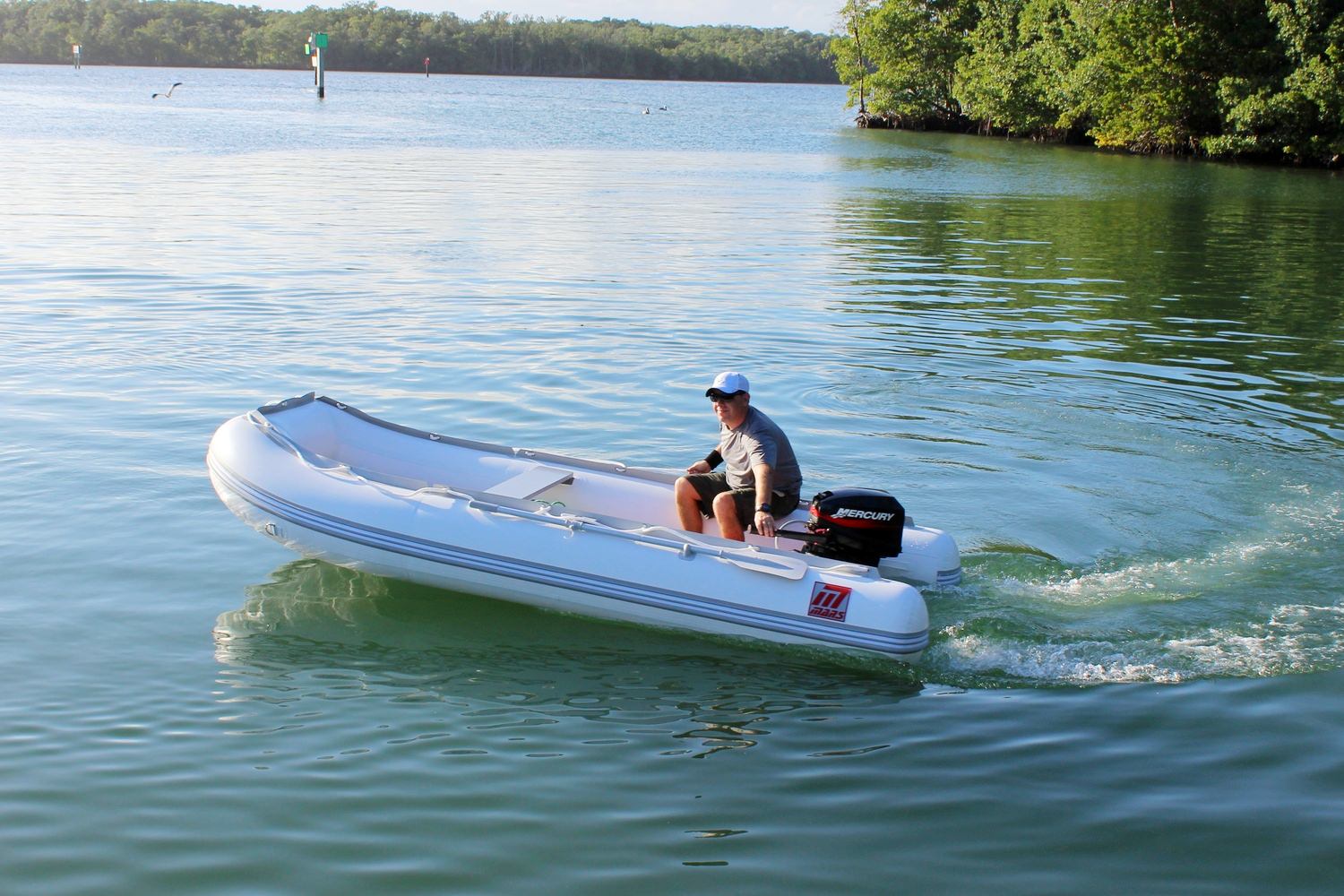 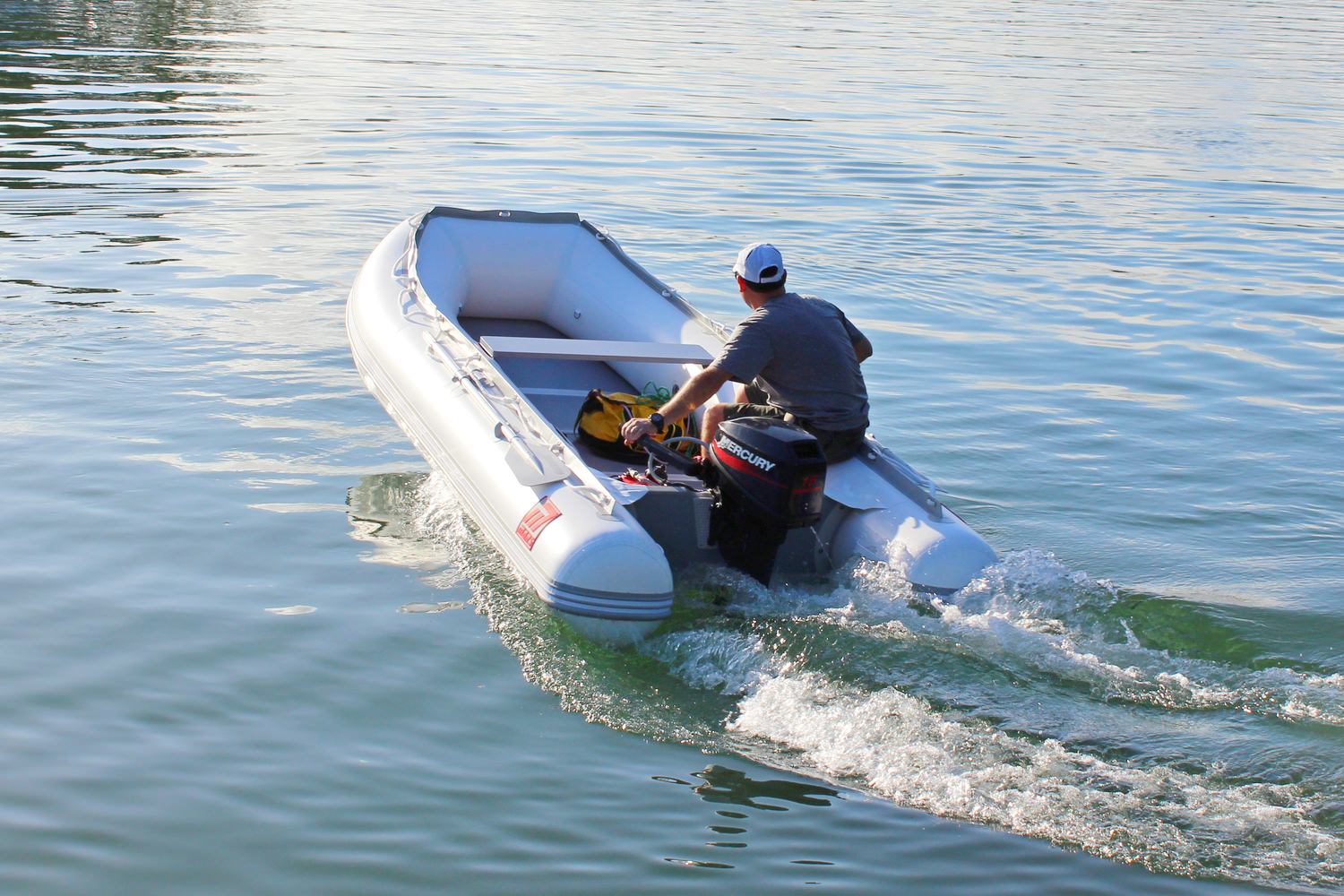 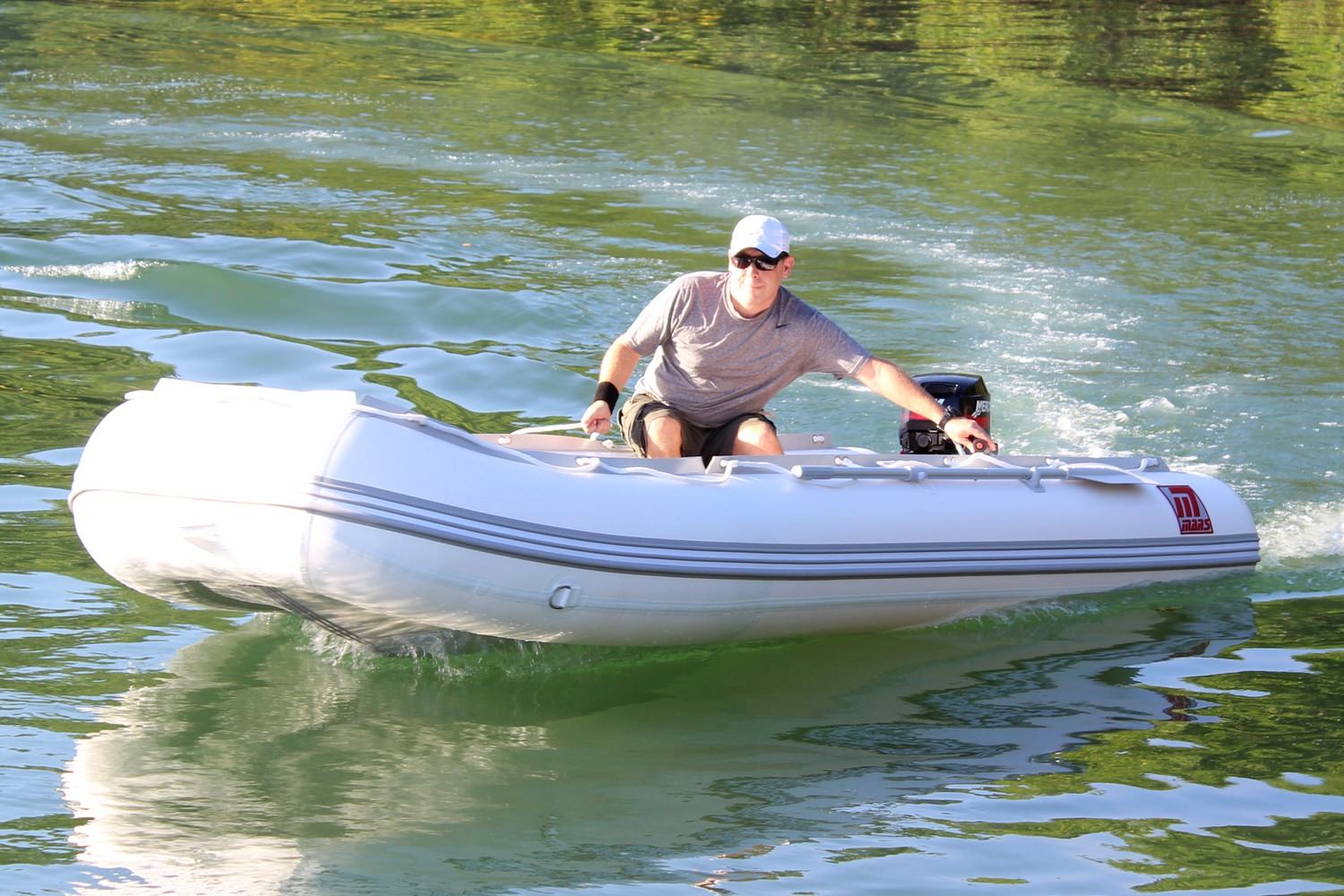 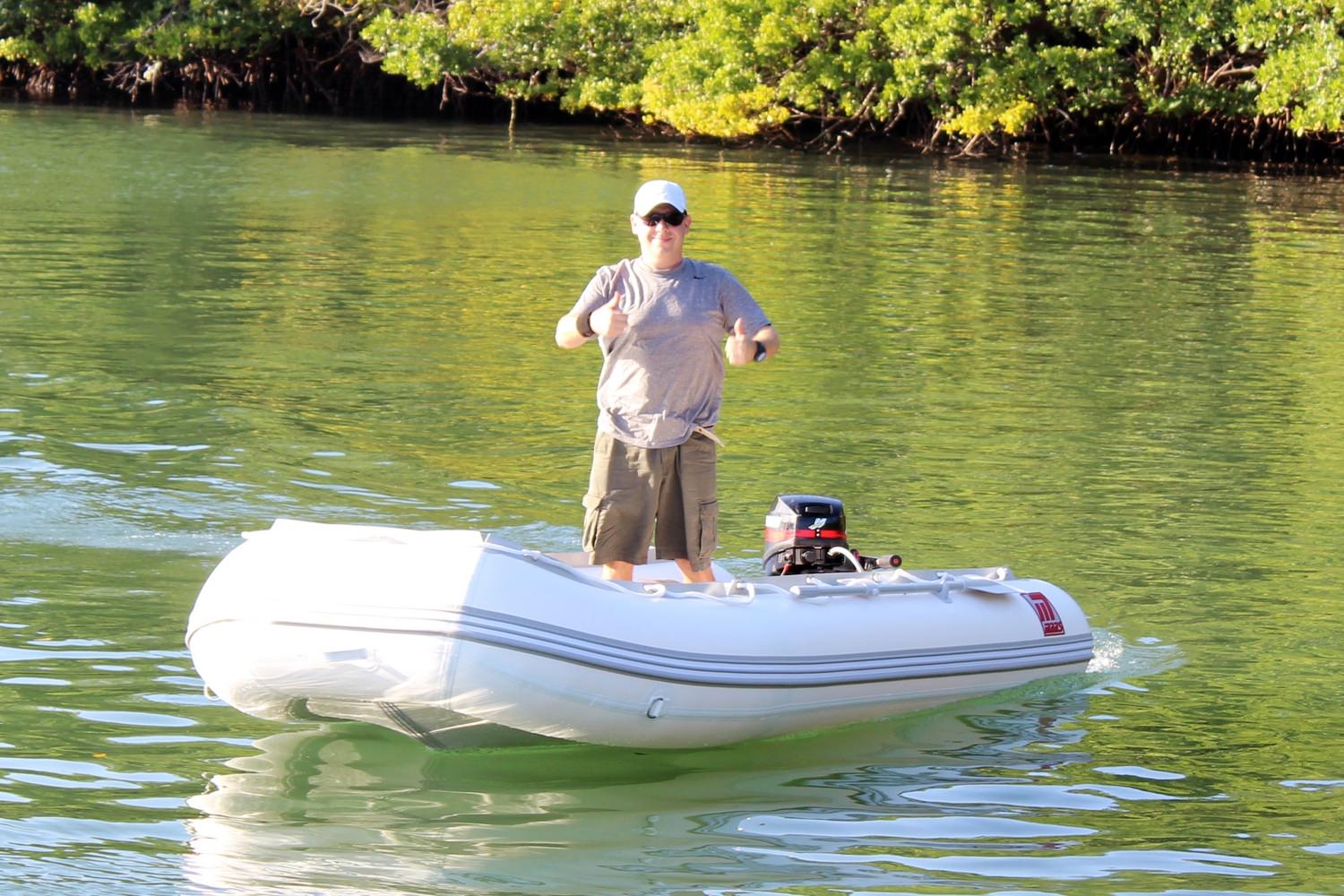 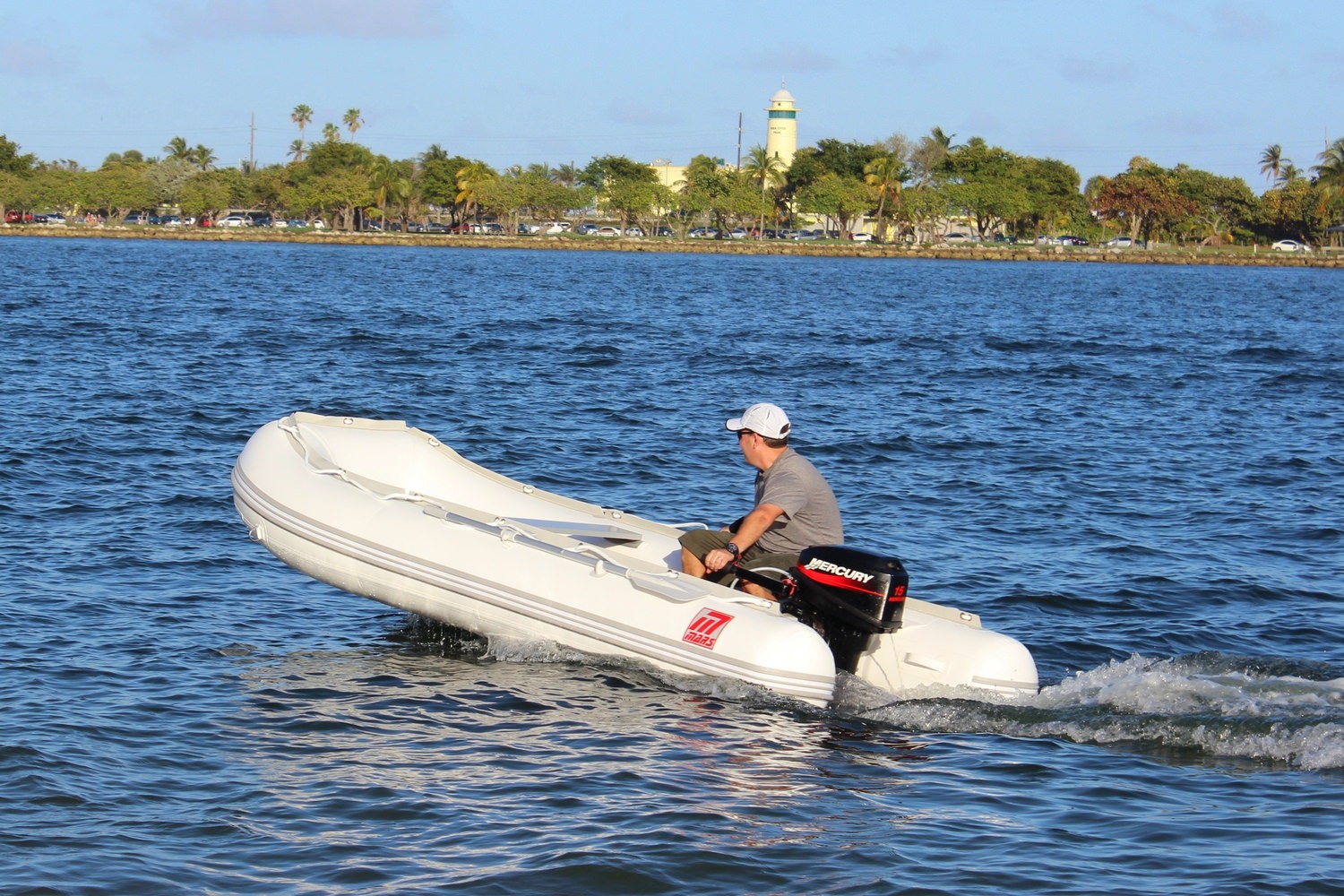 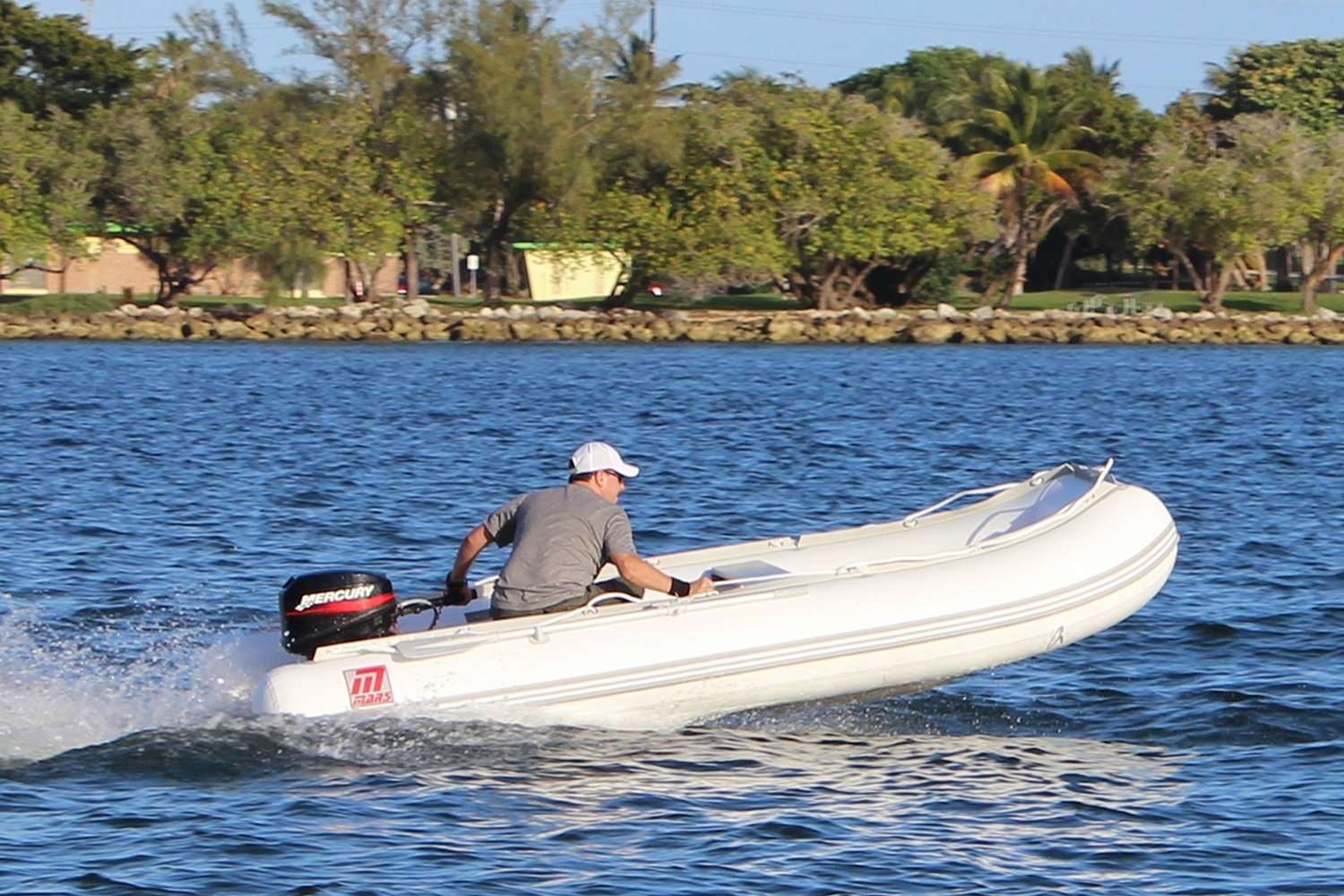 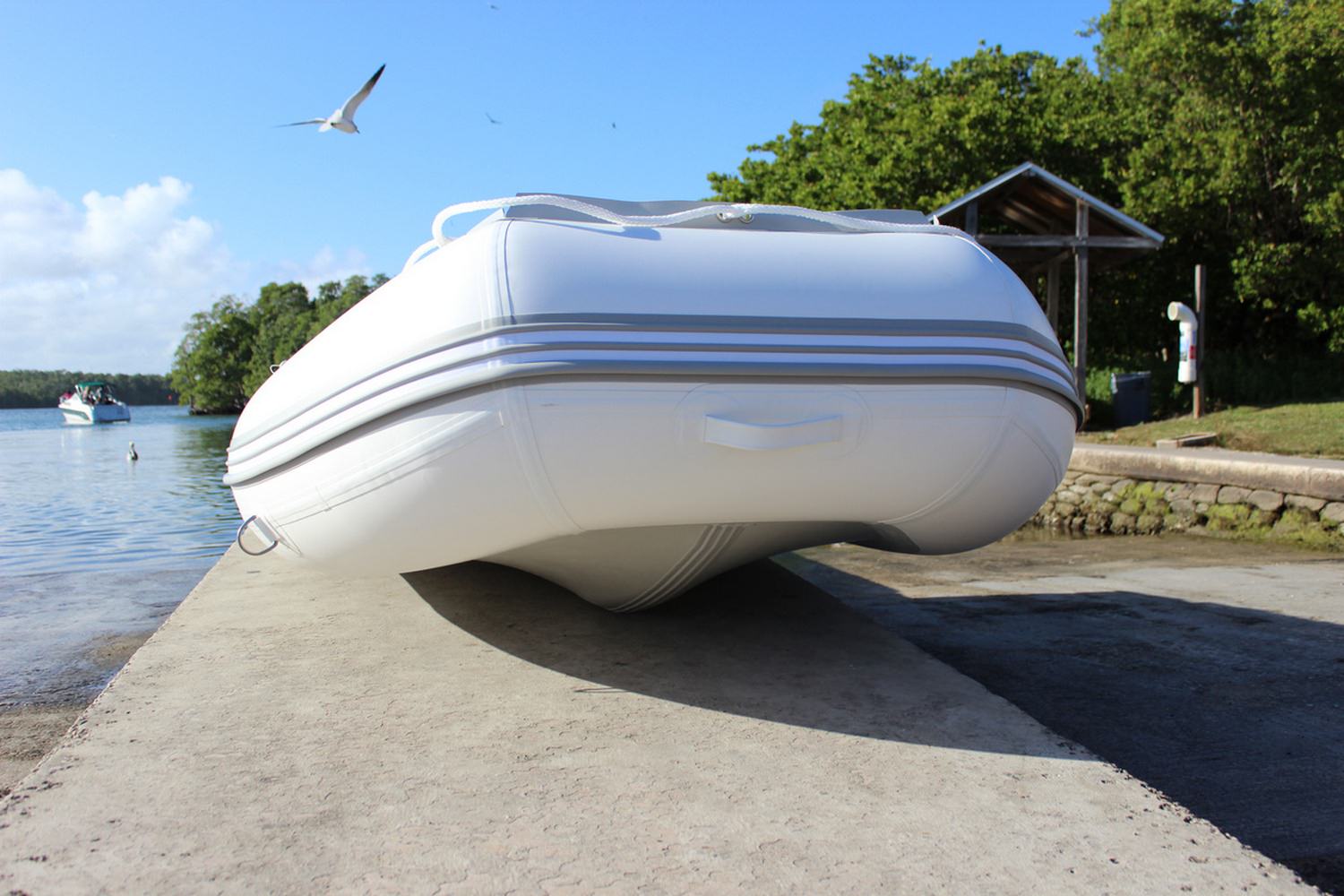 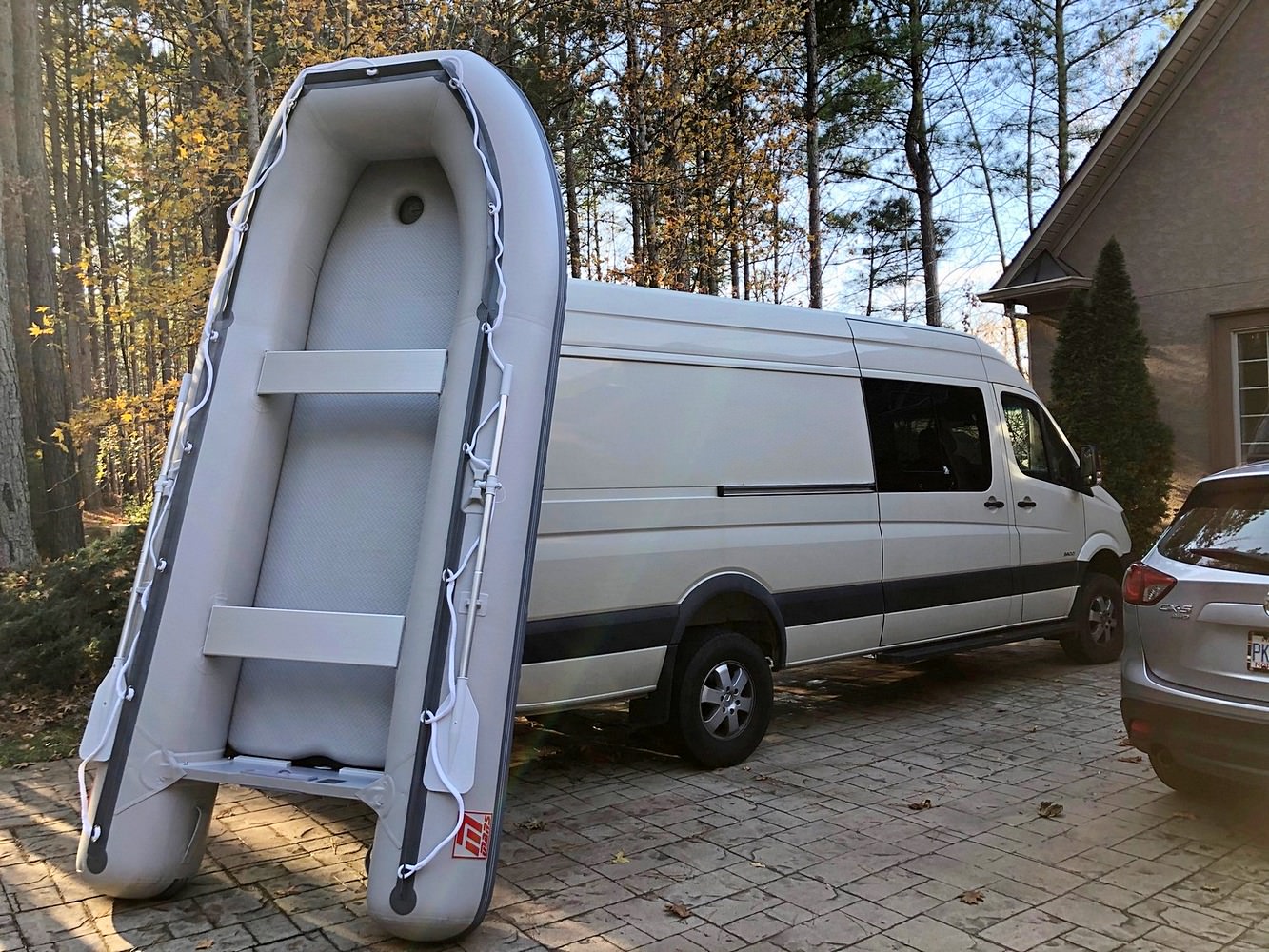 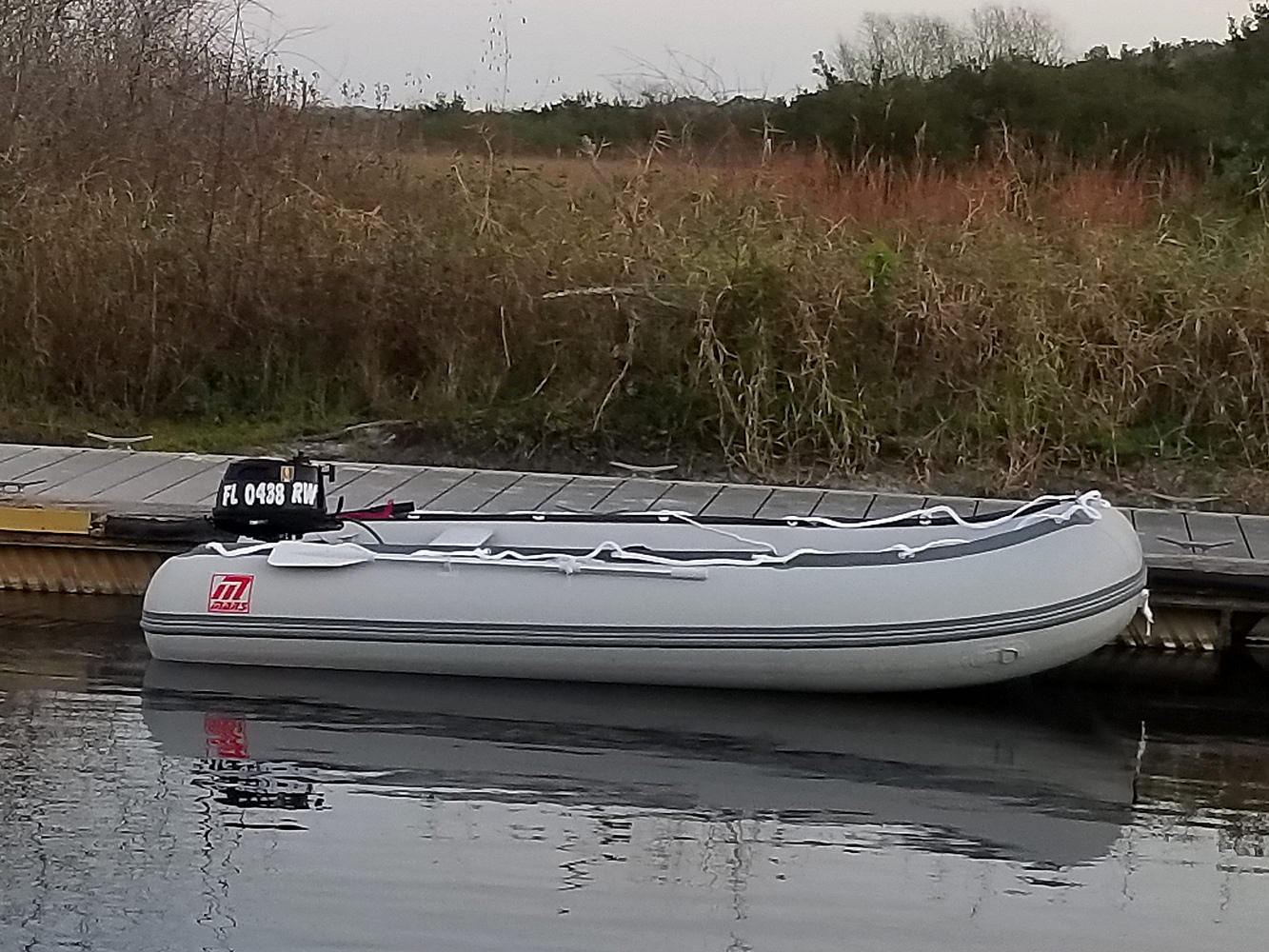 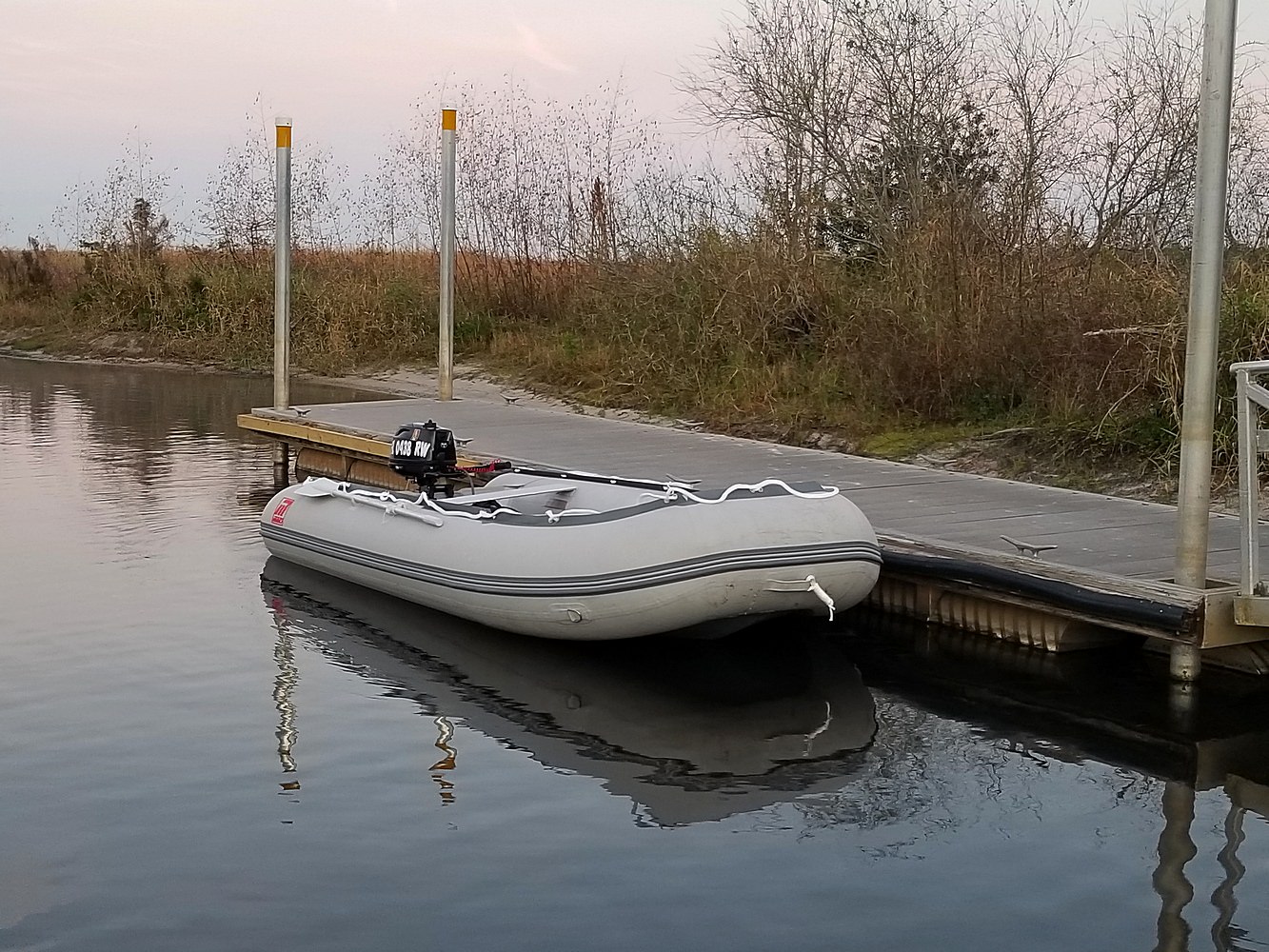 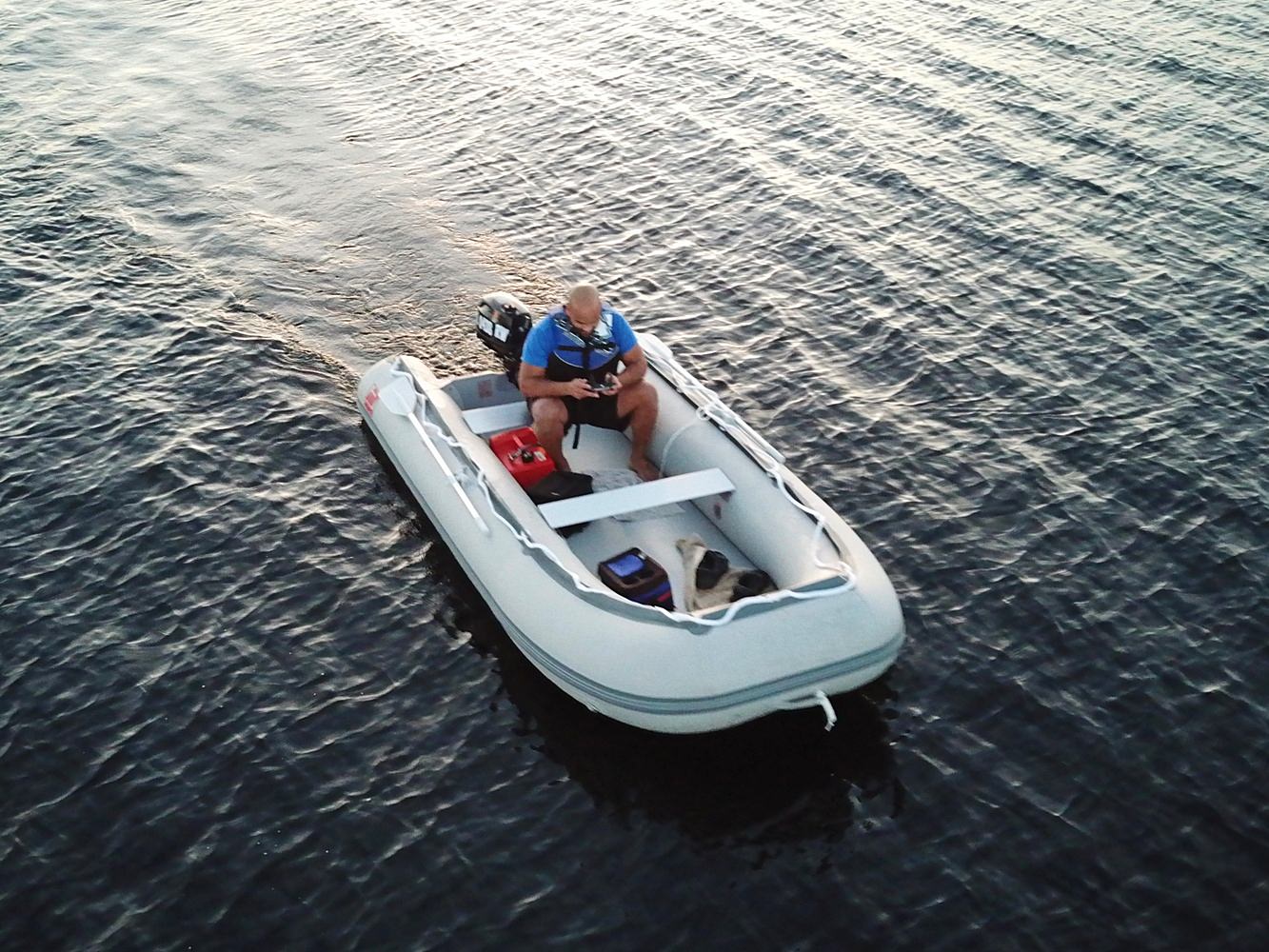 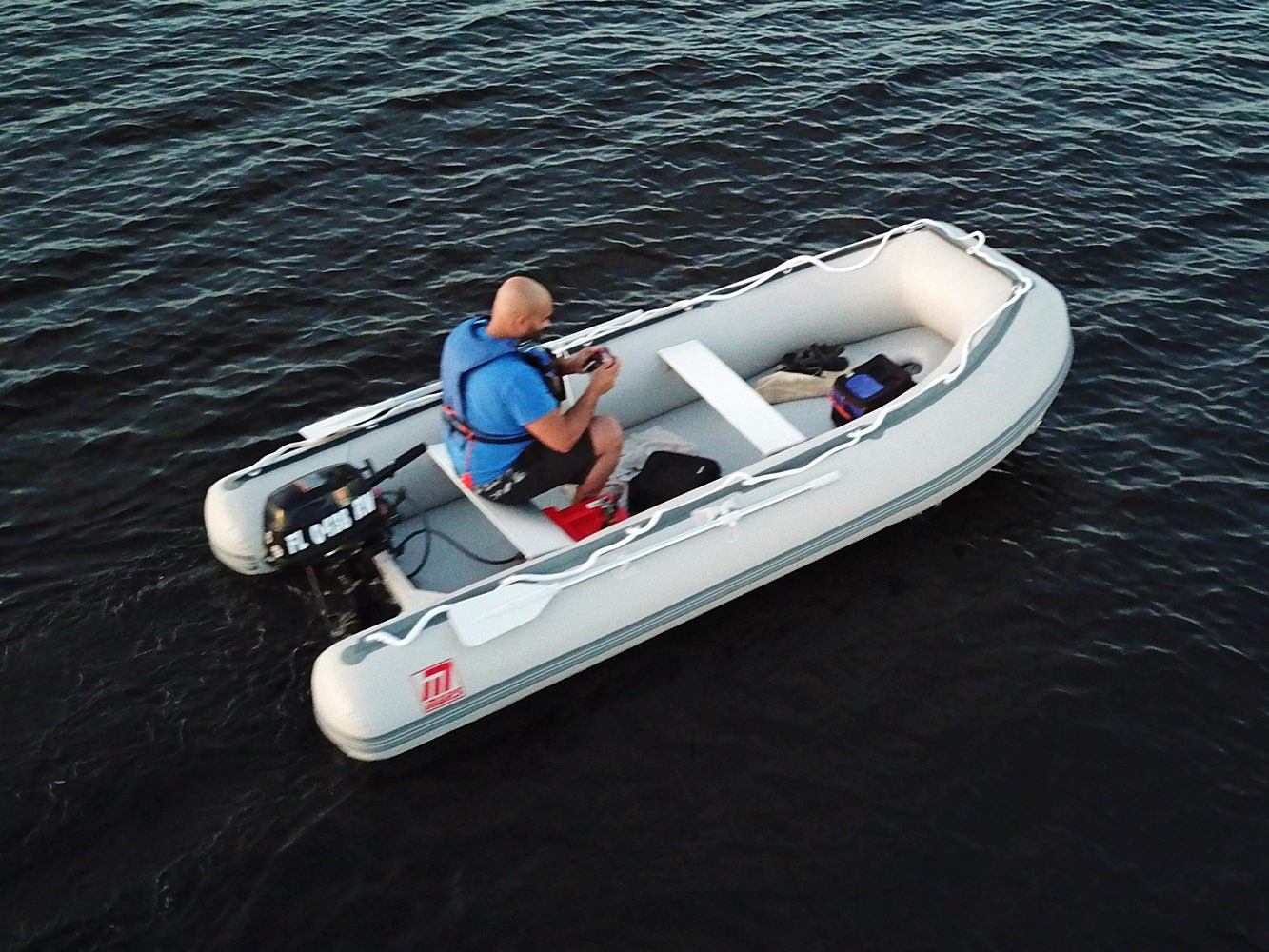 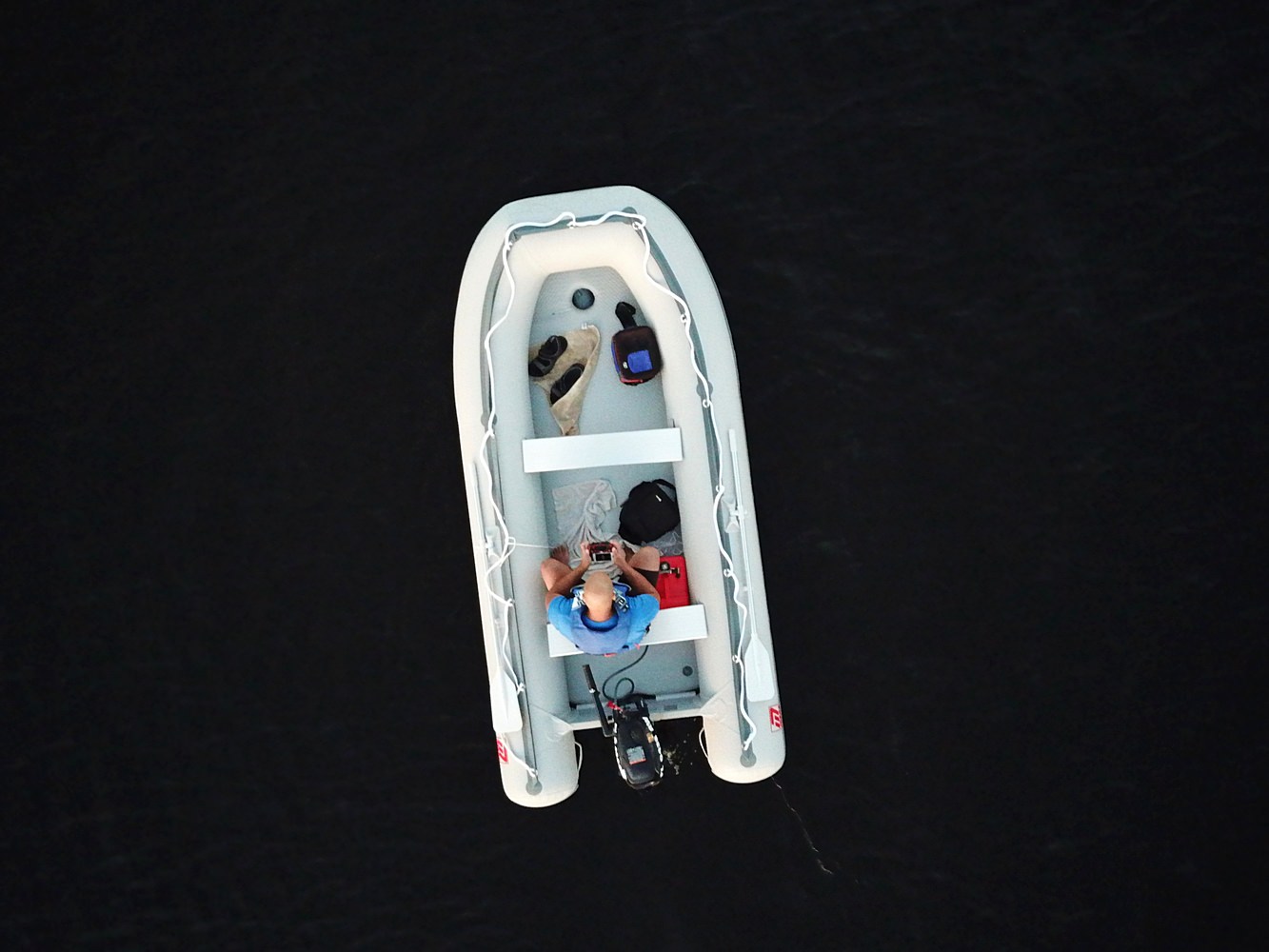 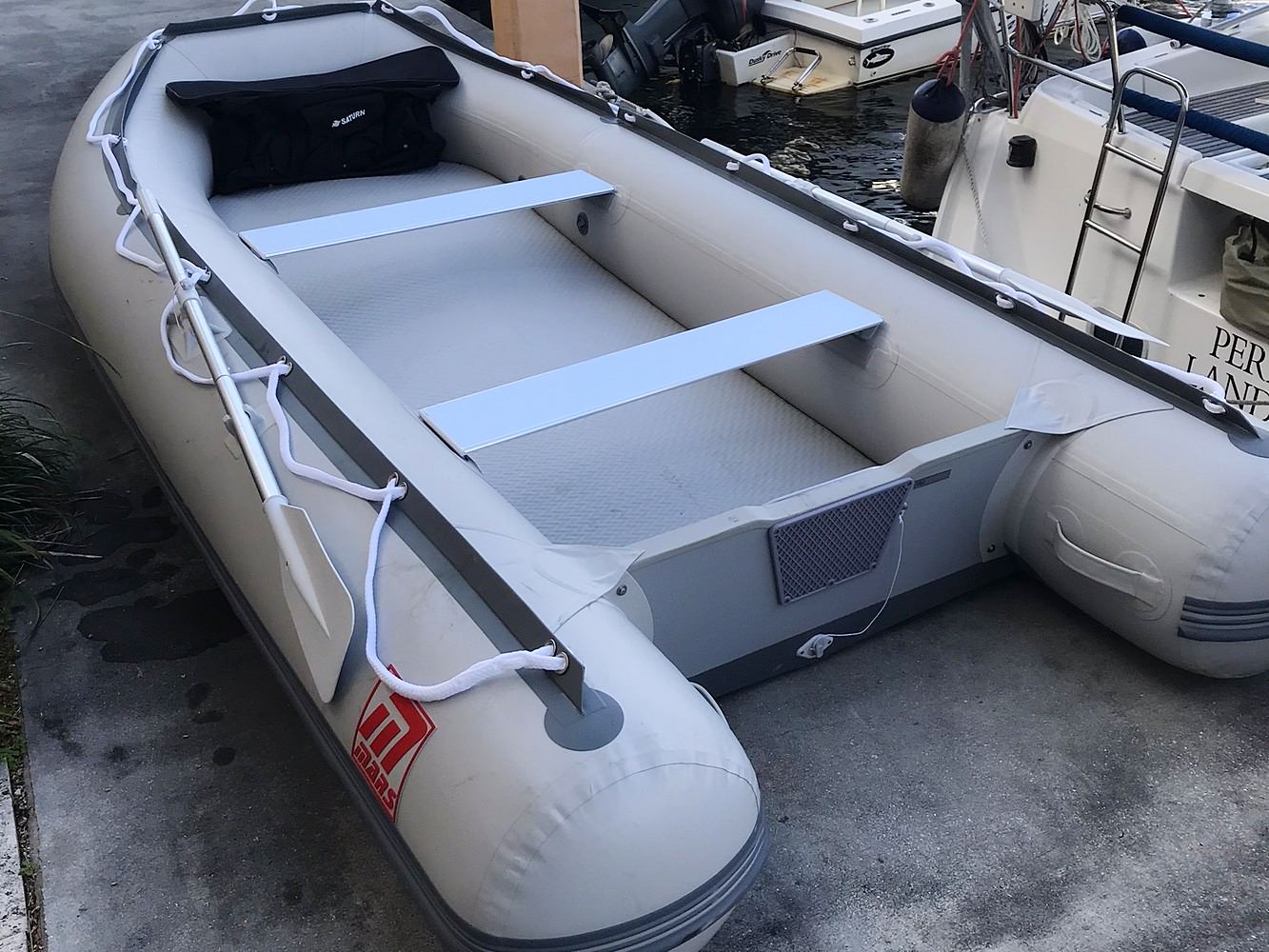 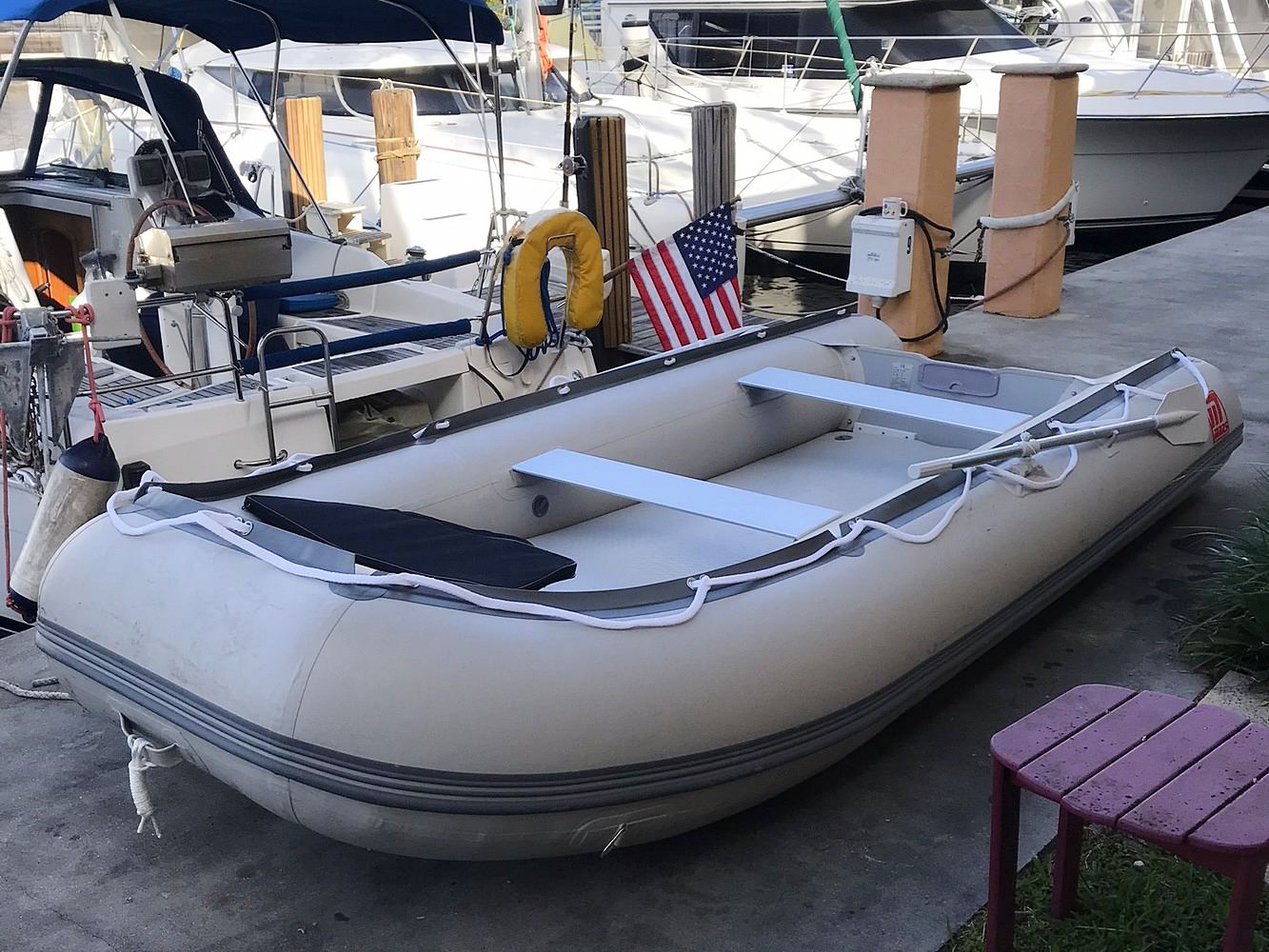 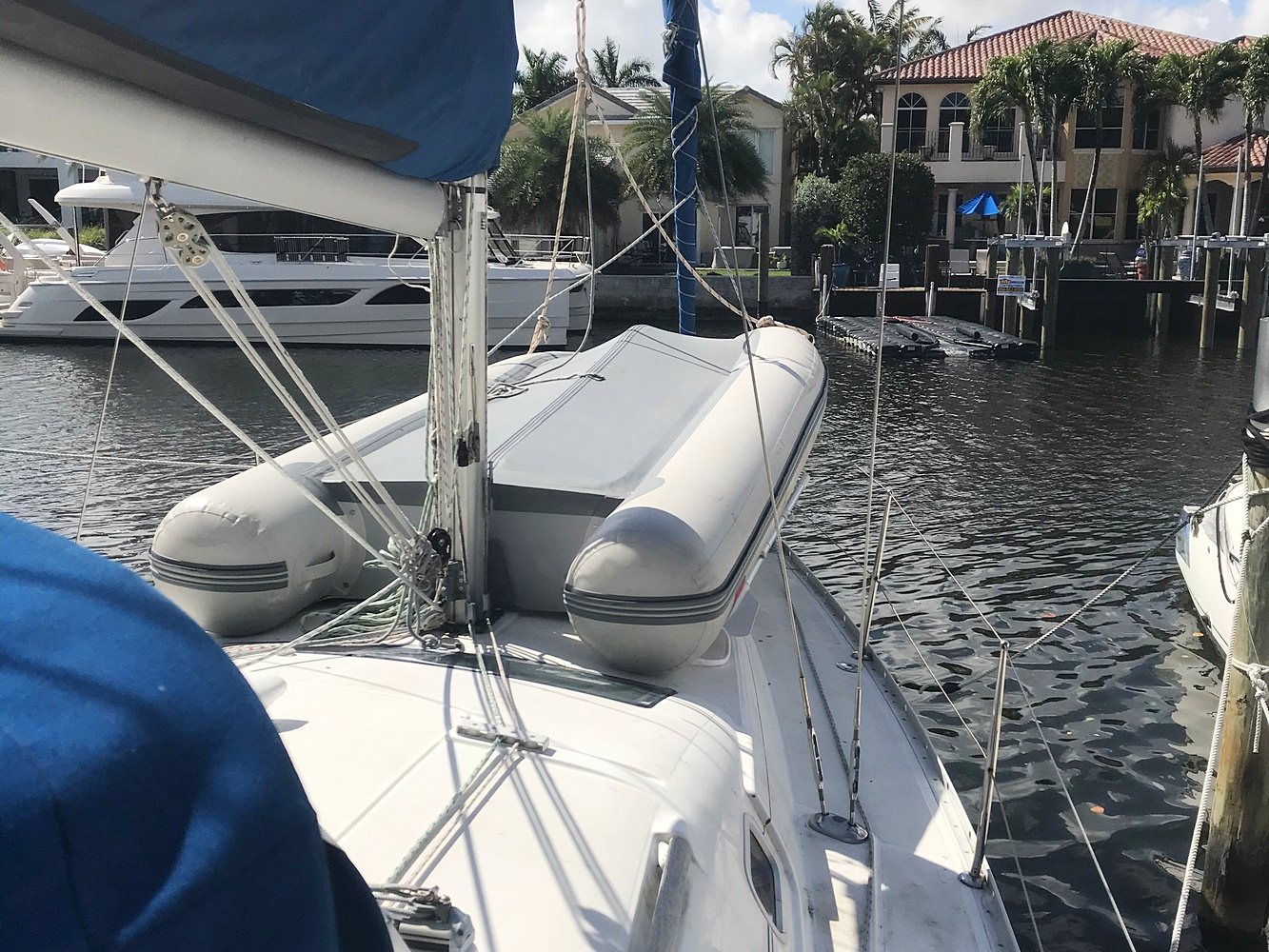 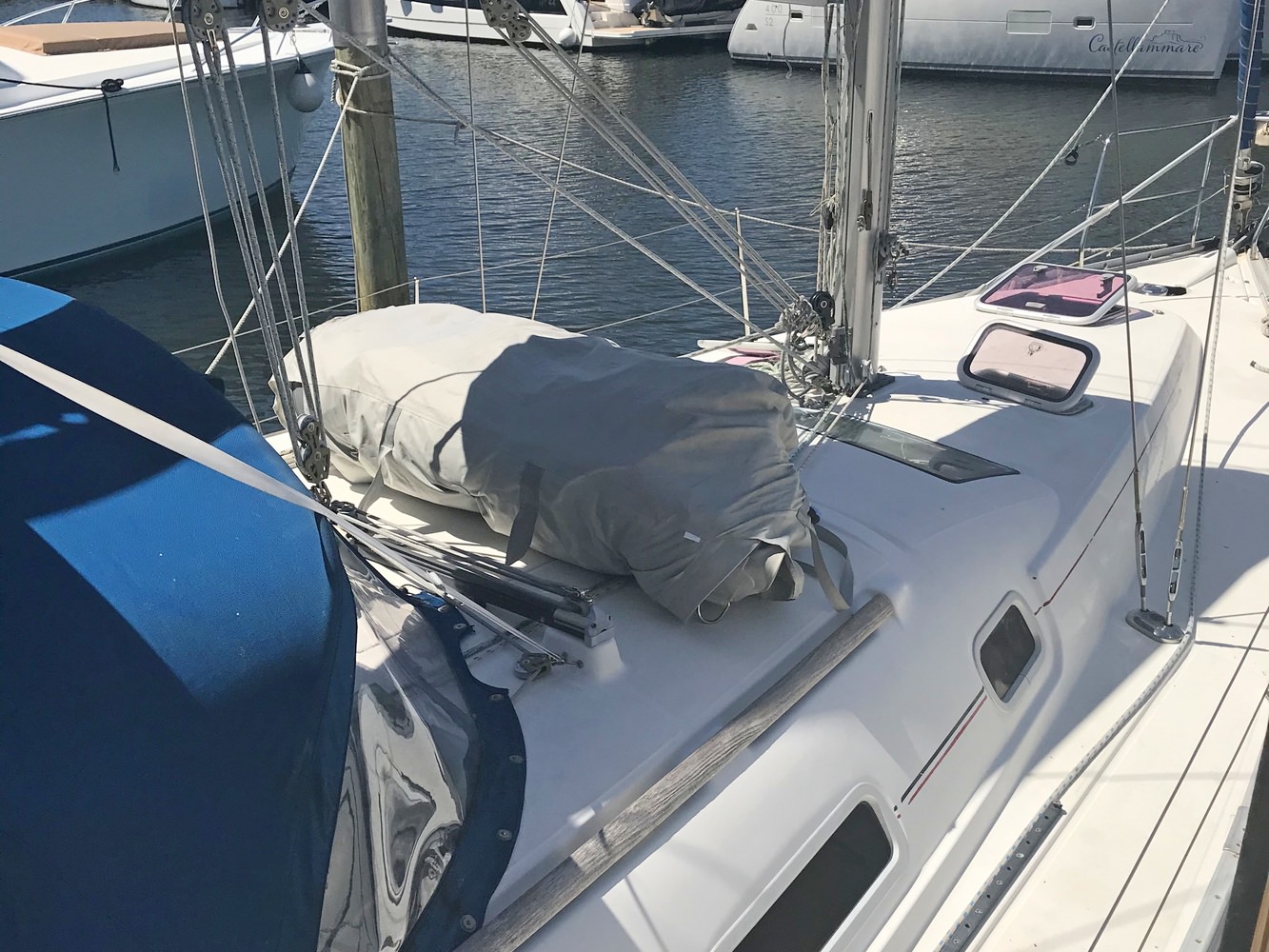 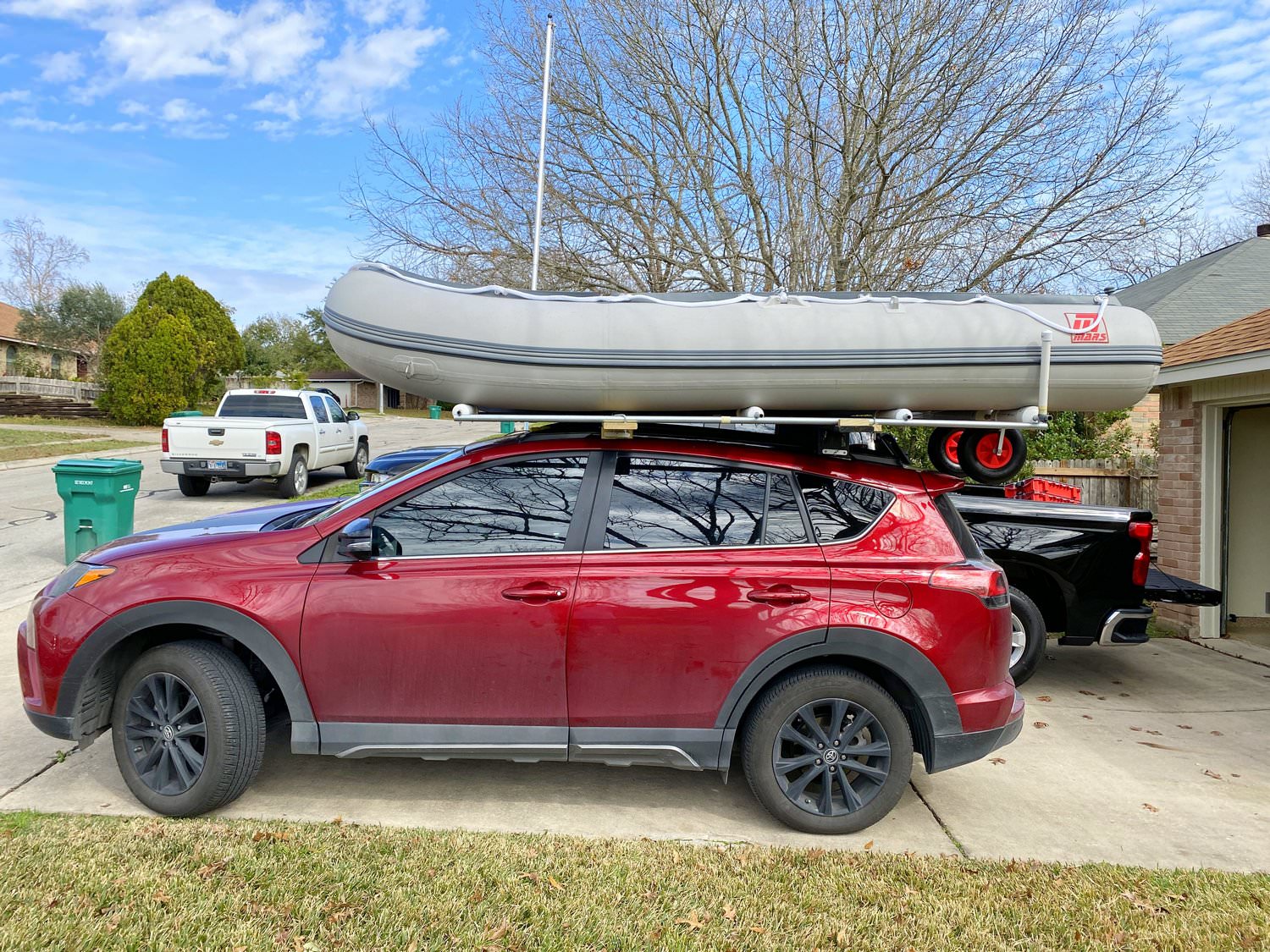 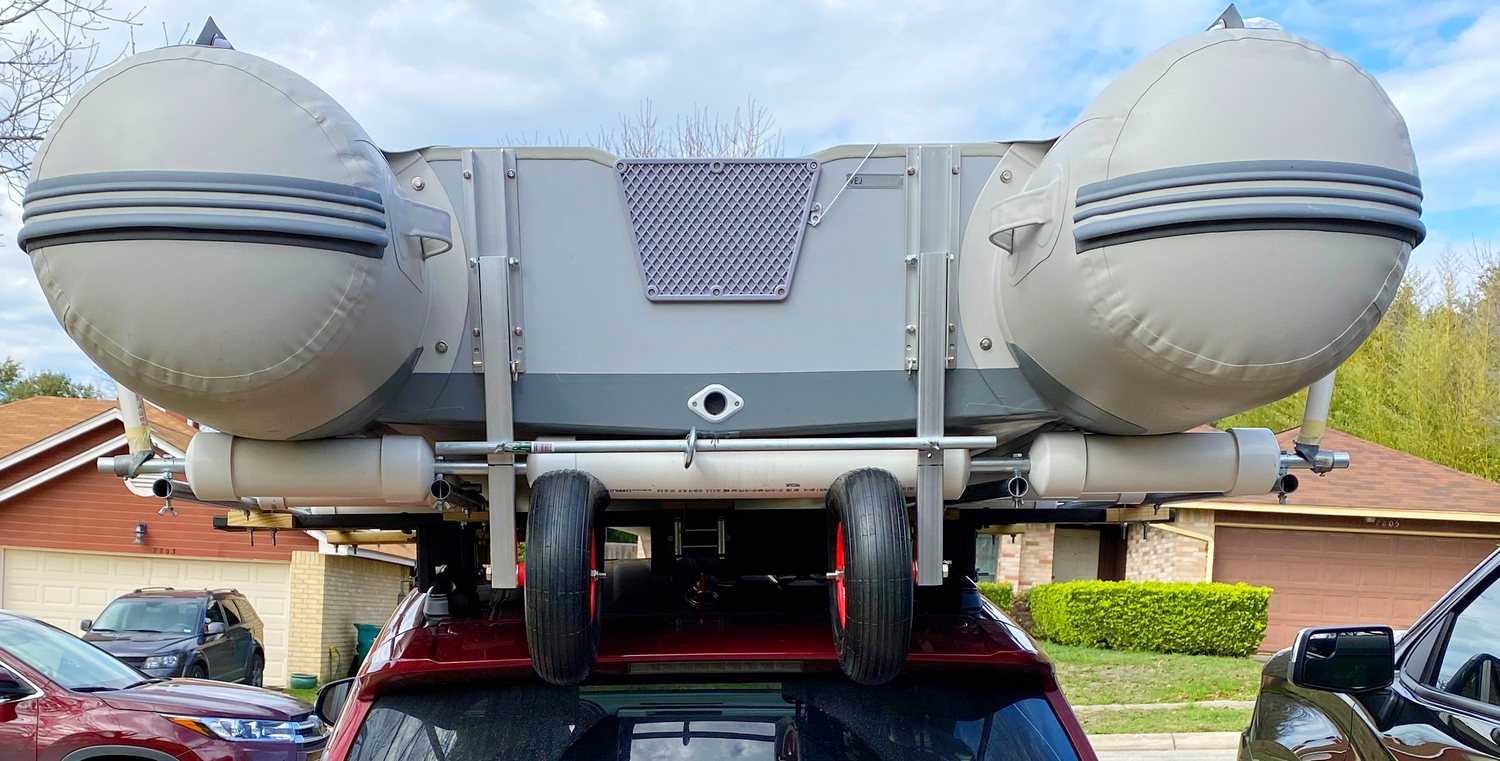 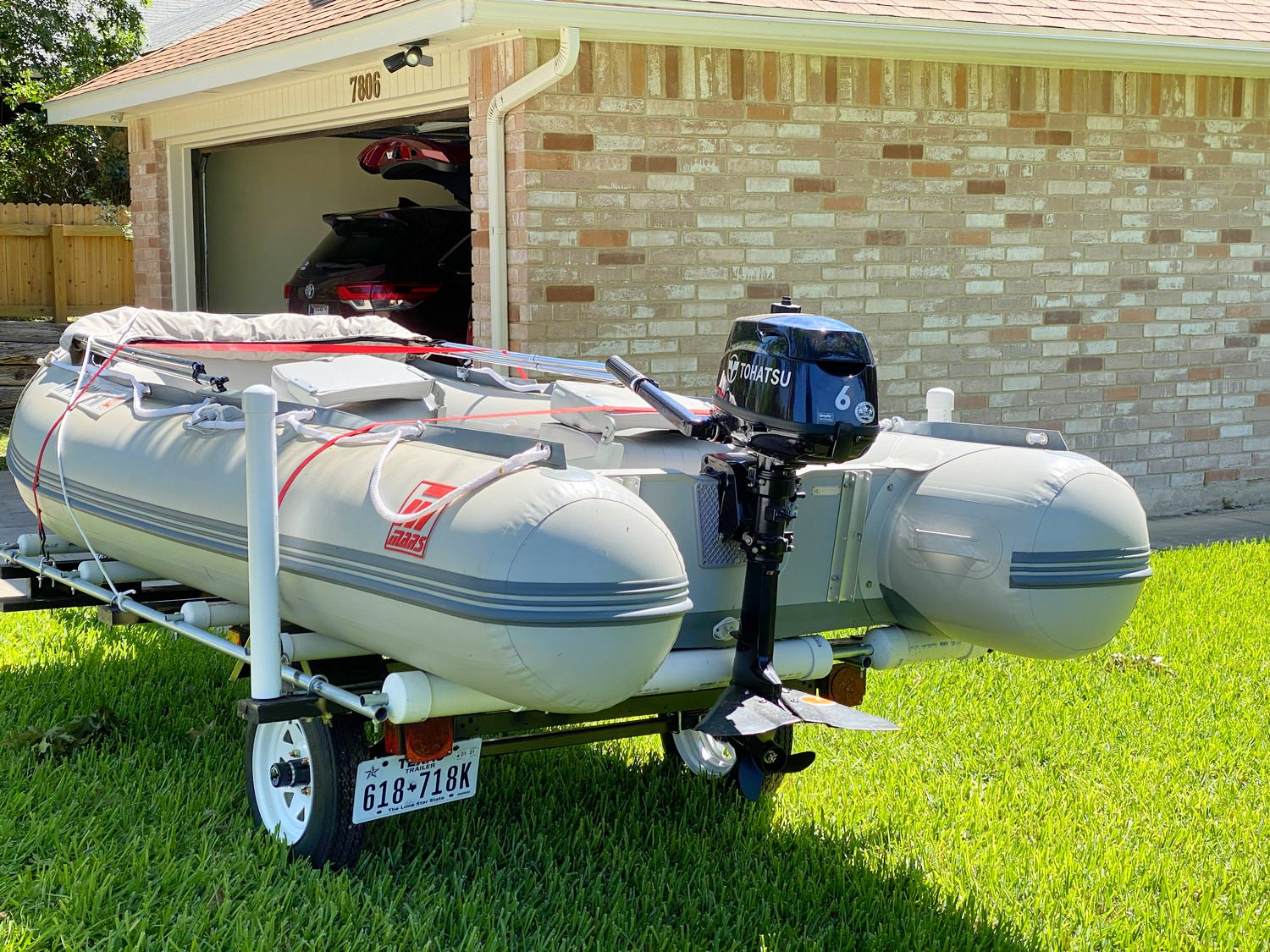 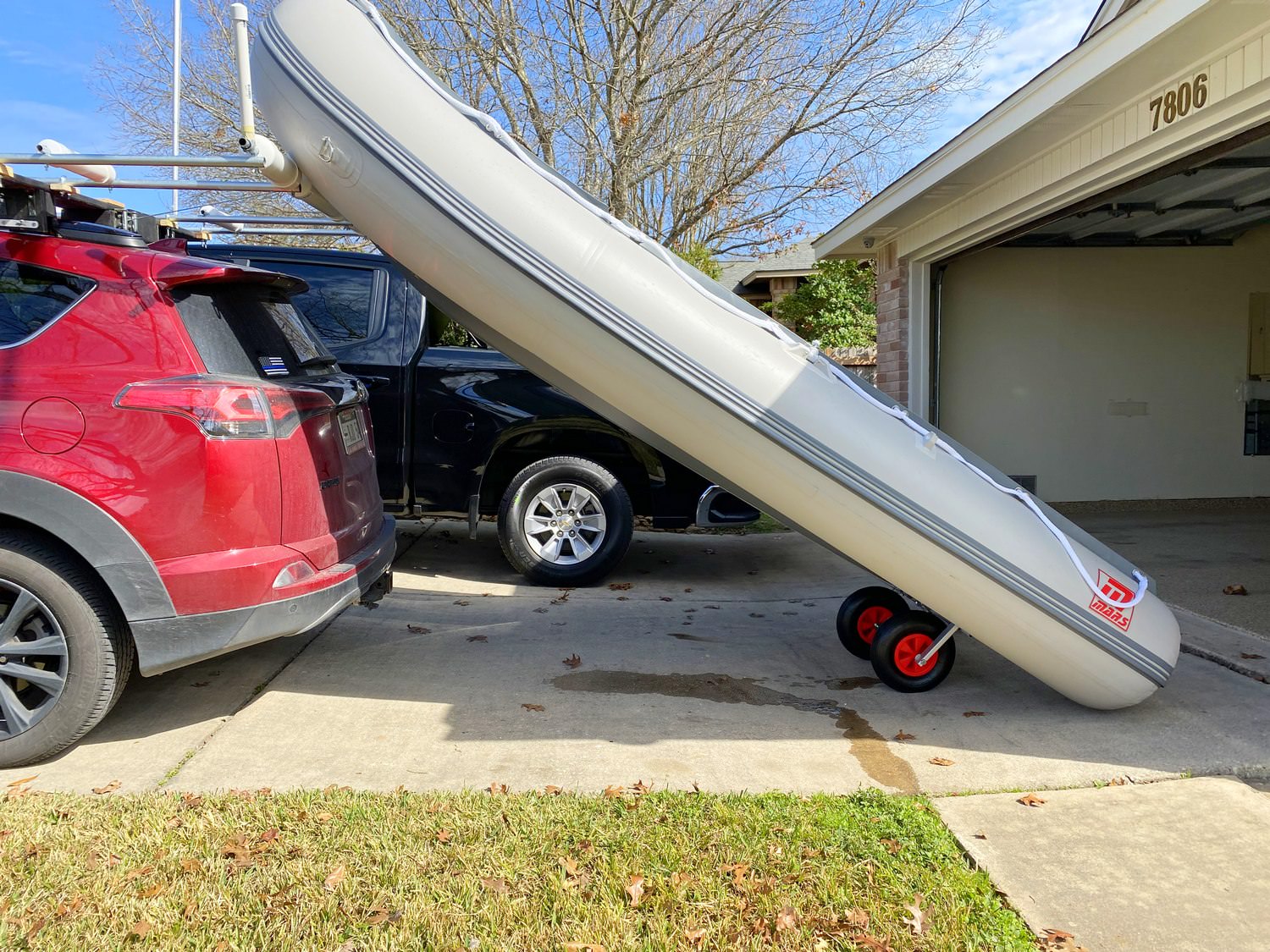 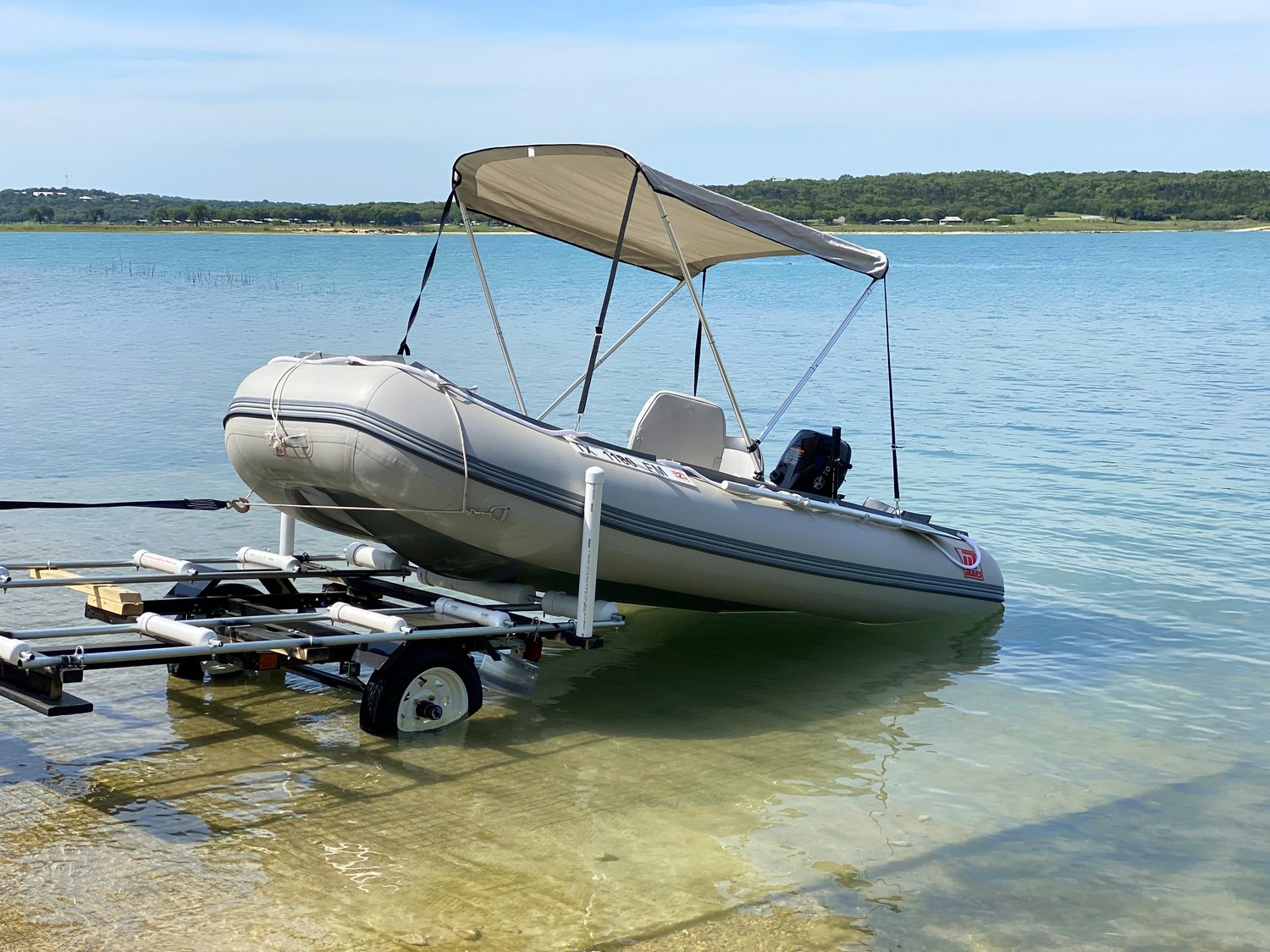 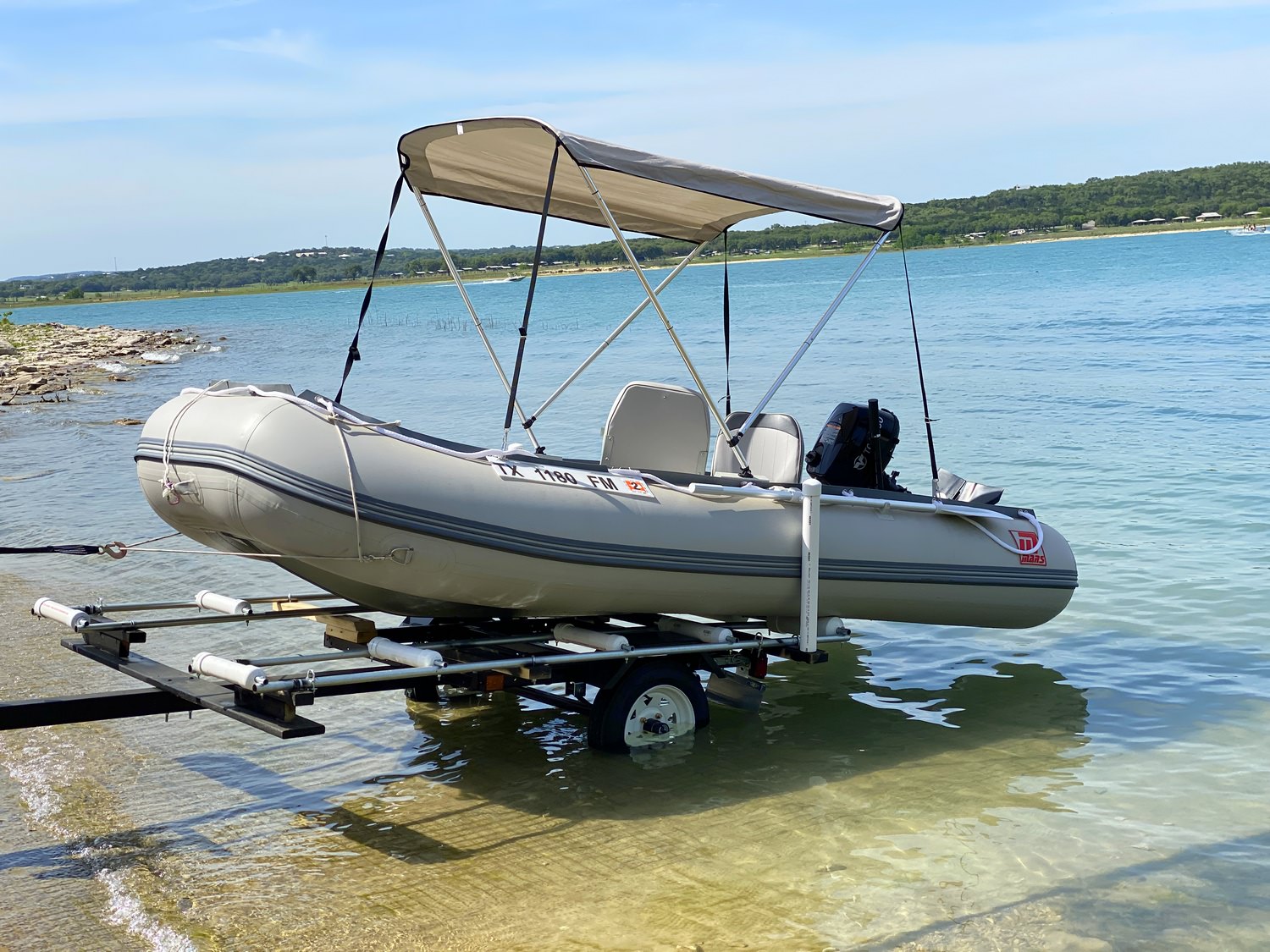 Note: Specifications and accessories are subject to change without notice. Max O/B Motor means: maximum power of outboard motor that can be safely used to plane the boat loaded to the maximum capacity at normal water surface conditions. Please exercise common sense and caution when using maximum motor capacity. Do not jump from wave to wave as new 4-stroke motors are much heavier then 2-stroke and provide extra strain on the transom. Under normal circumstances, with half the maximum persons/load capacity, 50% of maximum O/B power rating may be necessary to put the boat on plane.

GlennR 01/28/2020, 05:31 PM
I just got my 12' Mars inflatable before the 2019 holidays, so am just giving an initial review. This is my first inflatable too, so I can't compare it to other ones. But I'm quite impressed with it so far. It feels pretty sturdy considering it only weighs 90 lbs. I mounted a 20 Hp Tohatsu on it and took it out for a test run with a buddy. We weigh about 350 lbs together and carried about 10 lbs of gear. After getting the motor trimmed correctly and after getting the keel pumped to the correct pressure it rode pretty well. The motor was still brand new, so I didn't want to run it too hard, but we were able to hit 24 mph on the GPS. I'm sure the boat will run quite well on much less Hp, but since a 20 Hp weighs the exact same as a 9.9 Hp does I decided to splurge for the bigger motor. It weighs 92 lbs & that's as much as I wanted to handle alone. I bought the boat for carrying along in our travel van, and might not always have a helper along. If I planned to carry more than 1 passenger I'd have bought a larger boat. This one will carry 4 people, but I think it's only really comfortable with 2. Inflatables are narrow inside because the tubes are pretty wide. The tubes make them unsinkable, which is great because they can handle rough water much better than a rigid 12' boat can. The air floor is pretty impressive. I wasn't sure what to expect. For my needs it's perfect. But, I'm sure the aluminum floors are more durable & a lot more stable when walking (not that there's much room to walk in small boat. If portability is your main goal, don't worry about getting an air floor because it works fine.
You'll need some storage space and I would recommend the seat cushion with storage bag underneath. The aluminum seat is hard & you'll want a cushion anyway. I also bought a bimini top but haven't tested it on the water yet. It's only a 2 bow frame, so I'm not sure if it will flap in the wind a lot at speed.
After buying this little boat I've been watching a lot of YouTube videos of inflatables. The catamarans are lighter than the dinghies, so might be better for you if weight is a concern. Also, if you want a fast boat check out the Thundercat racing inflatables. They mount 50 Hp motors on 12-14' long heavy duty inflatable boat & crash through huge surf along the coast. They look like a blast to ride in.

Tom Jr 01/24/2020, 12:48 PM
My PSM365 literally has everything I need! this is the best boat I have ever had, and I have owned several non inflatable, I specially love how little maintenance this boat requires.
Write a review